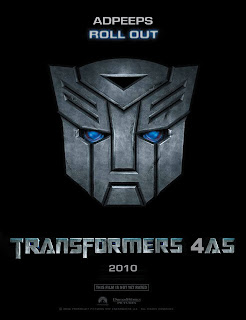 The 4As launched a crowdsourcing contest for “transformational ideas” designed to completely change the advertising industry. The winners will receive an opportunity to make a five-minute presentation at the 4A’s Leadership and Media Conference being held February 28–March 3, 2010. MultiCultClassics would love to see someone generate a diversity-related submission. Although trying to deliver a solution in five minutes for something that has remained unsolved for over 70 years is a daunting task. Additionally, we’re presuming one must be able to execute the idea legally and without using weapons of mass destruction.

Nancy Hill, president-CEO, 4A’s, today announced an open call to the marketing-communications community—and beyond—to submit entries for a chance to present a transformational idea at Transformation 2010, the 4A’s combined Leadership and Media Conference, which will be held February 28–March 3, 2010, at the Hilton San Francisco Union Square.

The 4A’s “Transformers” contest is open to anyone working within or outside the advertising industry, and gives winners the chance to offer a five minute presentation on how he or she would transform advertising as we know it. The final number of winners will be determined during judging.

“I’ve always believed that there are many great, transformational ideas out there—often from beyond the C-suite—and many of these ideas don’t see the light of day. I want Transformation 2010 to be a platform for new ideas that come from anyone, from anywhere,” said Hill.

Entries are currently being accepted until January 12, 2010, and may be submitted via any digital format (such as a blog post or YouTube video). Finalists will be judged by the 4A’s Board of Directors, and winners will be announced in February. There is no cost to submit an entry, and the 4A’s will pay roundtrip coach airfare and one-night hotel stay for winning Transformers.

» View program details or apply to be a Transformer

» View information or register for Transformation 2010