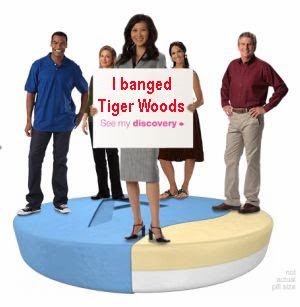 Tired news in a MultiCultClassics Monologue…

• With all the talk of advertisers questioning their Tiger Woods sponsorships, one has to wonder what the manufacturers of Ambien are thinking. It’s unlikely the drug maker could leverage matters into a campaign, as the legal disclaimers would have to include, “Side effects include potential assaults by furious Swedish bikini models.” At the same time, one has to wonder if Ambien is actually encouraging all the blog and online coverage.

• With the victory of city controller Annise Parker, Houston became the biggest U.S. city to elect an openly gay mayor. At least this story will probably have no unsavory ties to Tiger Woods.

• The Obama administration will limit the cash compensation of executives whose companies benefited from federal bailout money to $500,000. Hey, shouldn’t taxpayers have received a vote on figuring the amount?
Posted by HighJive at 1:10 PM