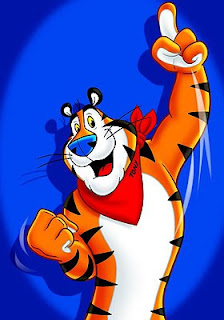 • Advertising Age reported Office Depot fired Y&R New York and handed its $60 million of billings to Zimmerman—without a review. Looks like another example of Corporate Cultural Collusion from Omnicom, the network that owns the Florida-based firm. Then again, giving business to a talent-free agency like Zimmerman is the equivalent of taking an account in-house.

• Adweek reported Sears has narrowed the search for an AOR to three White agencies: mcgarrybowen in New York and Chicago, Fallon in Minneapolis and Hill, Holliday, Connors, Cosmopulos in Boston. Incumbent Y&R Chicago did not make the final cut, which means the shop will likely be making future cuts—along with ex-Office Depot AOR Y&R New York.

• Advertising Age elaborated on McCann Worldgroup’s win to retain the U.S. Army account. “McCann Worldgroup had the best proposal that delivered the best value to the department of the Army,” said an Army official. According to the mouthpiece, McCann knew what the government branch was looking for: “The ability to understand the Army and the ability to express [it] in an effective and meaningful way. And we looked for an agency that had the ability to execute those abilities across the nation and the world at a reasonable price.” In other words, McCann demonstrated the ability to be cheap.
Posted by HighJive at 6:31 PM