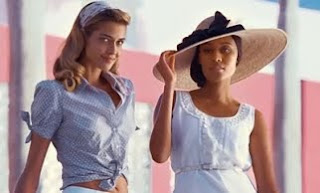 Only 5.3% of Actors in U.K. TV Commercials Are Minorities, Study Finds

In Another IPA Survey, 90% of Staffers at Member Agencies Are White

The U.K.’s ad agency association, the Institute of Practitioners in Advertising, is trying to encourage ethnic diversity in British advertising, in a bid to avoid the controversy over the under-representation of minorities in advertising that dogs the U.S. ad industry.

An IPA study released today shows that people from black, Asian or other minority ethnic groups appeared in only 5.3% of U.K. TV commercials over the last year, even though they make up 13% of the population.

“It’s a less contentious issue here than in the U.S., but that doesn’t mean we don’t care,” said Hamish Pringle, the IPA’s director general. “We hope that by grasping the nettle and being up front about this, those decisions that are taken a hundred times a day in this industry can be widened and broadened.”

He said that the U.K. ad industry is not inherently racist, but that it is a mature business and people get into a certain way of doing things and need to be given a jolt.

“We’re not doing this to be politically correct,” Mr. Pringle said. “We’re doing it because if U.K. agencies are to keep up with the pace globally, we have to trade on the competitive advantage we have—there are 400 different languages spoken in London, and our time zone is in the fantastic position of allowing us to communicate with both East and West during our working day.”

Data from Clearcast, a government-related group that approves all U.K. commercials for broadcast, shows that of the 34,499 commercials it cleared to air last year, only 1,845 contained actors who were black, Asian or from other minority ethnic groups, commonly referred to as BAME. Of those 1,845 spots, only 537 have BAME actors in both featured and walk-on parts, while 178 have BAME actors in walk-on parts only.

Even government advertising sets a poor example on diversity. Although the government ranked highly for BAME actors, almost all appeared in merely walk-on parts.

Saad Saraf, CEO of Mediareach and chairman of the IPA’s ethnic diversity group, said, “I have spent 23 years marketing to diverse audiences and what this experience has shown is that people react better to advertising when they see themselves reflected in it. Advertisers are missing out on an important and rapidly growing revenue stream.”

Universal McCann set up a joint venture diversity unit two years ago with a cross-cultural marketing specialist, but growth has been slow, said Mark Middlemas, UM managing partner, business development. The division targets ethnic minority groups, and has worked with major advertisers including supermarket chain Tesco. “Of course there could be more diversity, and it’s the job of the industry to make it front of mind,” Mr. Middlemas said. “Things are changing, but slowly. We are expecting the new government census to be a real pile driver, and this IPA report is helping to build momentum ahead of the census results.”

Ethnic diversity within ad agencies is also an issue. In January, 90% of employees at IPA-member agencies were white, down only slightly from 91.1% in the last survey, conducted in January 2009.

“There is a slow but steady improvement,” Mr. Pringle said. Two years ago he helped introduce the IPA’s Diagonal Thinking Self-Assessment psychometric tool, designed to identify employees who are both excellent linear and lateral thinkers. Mr. Pringle said he believes that this test helps to foster diversity and provide wider access to the agency business, because it does not rely on a prestigious academic background for success. He is currently in discussions to open up the test to agencies outside the U.K.

White people are always claiming to be the smartest folks in the room for anything else technology,creativity,science etc but when it comes to figuring out diversity they become dumb and ignorant.