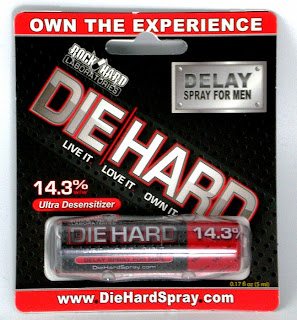 Enhancing the news in a MultiCultClassics Monologue…

• Sears is suing the maker of a sexual enhancement spray for trademark infringement. The sex spray company calls its product Die Hard, which Sears insists is too similar to its DieHard car batteries. Actually, Sears could spike sales by offering a promotional tie-in—a free can of sex enhancement spray with every new battery.

• A spokesperson for the Rev. Jesse Jackson denied charges that a man was pushed out of his job at Rainbow PUSH Coalition because he’s gay. The ex-worker also accused the civil rights leader of forcing him to perform “uncomfortable” tasks like escorting women to hotel rooms to rendezvous with Jackson. “The Rainbow PUSH Coalition and Rev. Jesse Jackson Sr., unequivocally deny [the] false claims of harassment, retaliation and discrimination,” said the PUSH spokesperson. “We are fully cooperating with the Chicago Commission on Human Relations and expect to be fully exonerated.” In the meantime, Jackson should avoid being seen courtside at the NBA Playoffs cheering on Kobe Bryant.

• If Kobe Bryant loses his appeal and pays the $100,000 fine for directing an anti-gay slur at a referee, the money should be donated to a pro-LGBT organization. Like the WNBA.

• Donald Trump loves the Blacks—like Omarosa and NeNe Leakes.
Posted by HighJive at 10:01 AM