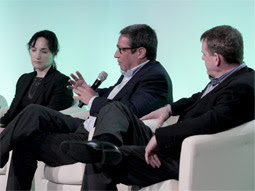 Advertising Age reported on a panel at the 4As 2011 Transformation Conference that featured a gaggle of agency wonks including Draftfcb Chairman Howard Draft. During the discussion, Draft made a series of comments that clarify why his agency sucks:

• If Draft were to launch an agency today, he said it would be a digital shop that would never exceed 50 staffers and would charge clients at least $1 million per month.

• “You can’t be great with 10,500 people on a regular basis,” declared Draft. “Size does matter on controlling the product you put out, if I’m looking to make money.”

• When a panelist wondered if agencies were keeping pace with change in the industry, Draft whined, “Why are you blaming the agencies? I would blame the clients. … Everybody talks about procurement, but fuck procurement. … I don’t think the clients are structured in such a way today to work with the agencies. … Just like we built siloed agencies … they have all these different departments that work with different agencies that don’t communicate with each other. The agencies are willing to change, but are clients going to change fast enough to do what’s right for them?”

• Draft estimated that only 20 percent of the stuff coming out of his agency is great creative.

Mr. Draft is a lost soul, and his weak leadership appears to have drained his agency of its soul.

For starters, his statements reveal an obsession with monetary profit. Being in the game for the primary purpose of collecting dinero makes for an uninspiring mission statement. Don’t take this the wrong way. A business must minimally remain solvent, and earning gobs of loot should always be a goal. But when the pursuit of dollars becomes the goal, something’s dreadfully wrong. Be about the work. Or the company’s culture. Or the craft. Or even serving clients to increase their quarterly numbers. Don’t let money be your key motivator. It actually cheapens the place and demoralizes the troops.

Next, Draft’s dreams of hatching a digital agency—as well as his growling over silos and agencies’ willingness to change—sound peculiar coming from a man who proclaimed the global Draftfcb an “Agency of the Future” that boasts true integration. Guess the final result is not revolutionary or interesting enough to keep Draft from wishing he could oversee a siloed digital boutique instead. And for Draftfcb drones, it sure is nice to know your boss would rather be somewhere else.

Finally, Draft’s admission that merely 20 percent of his agency’s total creative output deserves to be labeled as great puts an exclamation point on his failure. Attempting to excuse it by noting a roster of 10,500 people is lame. He insulted the employees behind 80 percent of the company’s product. Then again, the original direct marketing Draft Worldwide was not a creatively-driven enterprise. So for Draft, 20 percent could be progress. For the rest of us, it’s pathetic.

In the end, Howard Draft is pathetic too. 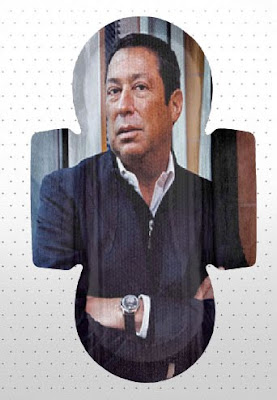