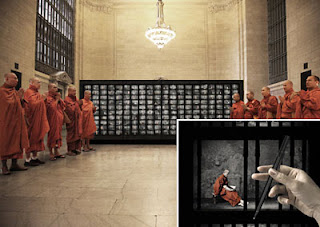 Advertising Age reported that JWT won an inaugural ADC Designism Award, which honors work for nonprofits that drives social or political change. Whatever. When there’s a potential trophy on the line, JWT goes all out. But when it’s time to create advertising for social and political change within the industry, check out what JWT comes up with below. Hell, the agency didn’t even bother submitting any concepts for the The MultiCultClassics Cultural Competence Contest.

ADC Honors Design for a Cause

The Art Directors Club in May will salute 4th Amendment Wear and JWT, New York, with its inaugural ADC Designism Award honoring work for a nonprofit that drives social or political changes. The new award will be given May 10 in New York as part of the organization’s 90th annual awards ceremony.

The award grew out of the ADC’s long-running Designism lecture series. “The idea that design is a catalyst for change is a mantra for us. Designism is about change—social, cultural and business change,” says ADC VP Brian Collins, chairman-chief creative officer, Collins, New York, “We decided to turn this into an award that would recognize the power design has to shape understanding and change behavior.”

Says organization President Doug Jaeger, a partner in JaegerSloan, New York: “Designism is a really important program at the ADC. It helps the creative community understand that they are not only on the planet to sell products but can actually help motivate the public to do good.

“After sitting in last year’s judging, we saw a tremendous amount of work that had Designism qualities but lacked an awardable distinction,” Jaeger says. “So this year, for the first time, we created a category.”

JWT won for its “Burma” effort for Human Rights Watch. The agency created a one-day interactive art installation and series of presentations highlighting that country’s 2,100 political prisoners. The agency created a giant piece representing a Burmese prison with pens forming the cell bars. Visitors removed the pens to sign a petition calling for the release of the prisoners.

“The ‘Burma’ thing is remarkable to me on all sorts of levels,” Collins says. “Just by signing your name, you’re making a tangible change. They get people to take action, and that’s a great factor of Designism. It’s the best design around a cause that I’ve seen this year.”

The other winner, 4th Amendment Wear, is being honored for an in-house collateral promotional effort in support of its underwear with metallic messages for Transportation Security Administration screeners at airports. The company created the underwear to encourage people to think more about their constitutional rights and make a statement without harassing TSA employees.

“I think it’s so smart; it’s almost too clever,” Collins says. “It’s your own personal protest. It’s an attempt to retain dignity in something that is sometimes less than a dignified process.” 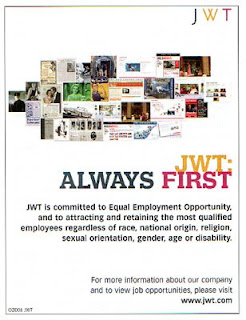