14940: A Homework Assignment For Advancing Diversity In Adland. 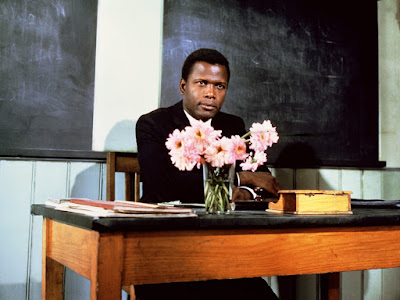 Adweek published a perspective from Dr. Monique Bell, associate professor of marketing at California State University, who presented another education-related notion for advancing diversity in adland. While most brainstorms in this area involve recruiting school kids of color, Bell suggested increasing the number of Black marketing professors. However, Bell acknowledged a current lack of Blacks working in higher education. So, boosting diversity in the advertising industry will require first addressing the diversity dilemma in colleges and universities. Brilliant.

Advancing Diversity in Advertising Starts in the Classroom

Black marketing professors can foster a legacy of change

Close your eyes and imagine a college professor. Who comes to mind?

In my mind’s eye, I see my favorite professor: a bespectacled, golden-skinned and immaculately dressed black woman, who epitomized excellence. While I attended a historically Black college (HBCU) where black professors are plentiful, for many future and current marketing professionals in the U.S., exposure to scholars of color is desperately lacking (a recent count identified only 1,470 business faculty of color).

In this context, especially, it is remarkable to reflect upon trailblazing black educators who established themselves as distinguished marketing scholars and often injected discussions of race, social justice and public policy issues into the ivory tower of business academia.

In advertising, the downstream effects of black faculty include more diverse talent behind and in front of the camera and less offensive and/or exploitative ad executions. Ultimately, black consumers lead the culture, and while Google deftly showed its appreciation in its Grammy’s spot, most companies have much to learn.

After serving in the army, Thaddeus Spratlen earned his Ph.D. in 1962 and later became the first African-American professor at the University of Washington business school. Spratlen is a prolific researcher who has studied harmful product advertising and urban enterprise development, among other topics. Jerome Williams, a research center director and distinguished professor and prudential chair at Rutgers University, was an early pioneer in multicultural marketing and marketplace discrimination studies. He recently examined banking (and living) while black.

In the area of consumer decision-making, we look to William Qualls, professor emeritus at the University of Illinois, Urbana-Champaign, where he became the business school’s first African-American tenured professor.

Graduates [will be] better prepared to join firms and, ultimately, champion inclusive and thoughtful marketing.

Sadly, in 2019, we lost the legendary Geraldine Henderson, who served as professor and multicultural marketing research powerhouse at premiere universities, including, most recently, Loyola University Chicago. She is renowned for her student mentorship and social justice perspective.

Beyond their marketing prowess and academic acumen, black professors bring themselves and their experiences to the classroom. Their mere presence can shift student perceptions, open new dialogues and confirm to black students that they, too, belong.

As students of all backgrounds become more knowledgeable and mindful about racial representation and related practices, they will begin their marketing careers endowed with an appreciation for diversity and inclusion. Eventually, the marketing communications that they produce can shape consumer behavior (particularly among underrepresented consumers), which will translate into engagement and sales.

While the number of black business professors is growing much too slowly, we are not “rare creatures.” Due in large part to The Ph.D. Project, a nonprofit focused on expanding workplace diversity by increasing the diversity of business school faculty who encourage, mentor, support and enhance the preparation of tomorrow’s leaders. The Ph.D. Project participants are more likely to complete their doctoral degrees, and many have advanced to administrative roles, including college presidents.

Furthermore, I was introduced to many of these hidden figures through the Race in the Marketplace (RIM) network, an international transdisciplinary research network dedicated to knowledge production on the historic, contemporary and future interactions of race in the marketplace through scholarship and practice.

These efforts, coupled with the day-to-day presence of and mentorship by black faculty, will continue to bring positive change. Ultimately, as faculty, we can be optimistic that our work will foster genuine inclusion for marketing both at work (diverse practitioners and leadership) and in the work (culturally competent media and marketing practices).

Dr. Monique Bell is an associate professor of marketing at California State University, Fresno. She teaches and studies marketing communications and is a member of our Adweek Academic Council.