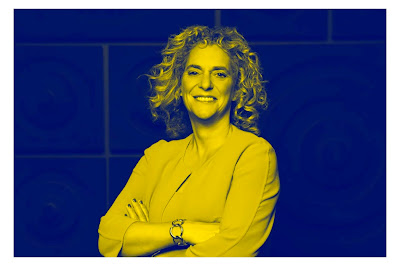 Advertising Age reported Wunderman Thompson Global Chair Tamara Ingram will bail out by the end of the year to “pursue philanthropic work.” More revolutionary activism to end the Tampon Tax? Hey, she’s still got 9 months to deliver on divertsity as her top agenda item.

WPP’s Wunderman Thompson announced in an internal memo obtained by Ad Age that Tamara Ingram, longtime agency vet and global chair, will be moving into a non-executive chair role before departing the company at the end of this year.

“Tam has been a great friend and colleague to me, as I am sure she has been to many of you,” WPP CEO Mark Read says in the memo. “I have learned a tremendous amount from her about our industry and what makes it special, and this has been invaluable to me. Having watched her in action, not only do I have a few stories, but I can say that there are few better at building relationships between clients and agencies that get the best out of both.”

Ingram, who first joined WPP in 2004, tells Ad Age that she is leaving to pursue philanthropic work. She is currently serving on the board of Save the Children in the U.K., and is a trustee of the nonprofit internationally, and plans to put her creative expertise behind more charitable projects.

“Having done so much with so many people and creators, I wanted to take that learning and put it toward doing good for other people,” Ingram says.

Before becoming the chairman of Wunderman Thompson following the 2018 merger of Wunderman and J. Walter Thompson, Ingram was the first female global CEO of JWT. She assumed that post a week after Gustavo Martinez was forced to step down following the high-profile discrimination lawsuit lodged against him by then-JWT Chief Communications Officer Erin Johnson. During her nearly 17 years with the holding company, Ingram also led Team P&G, the group’s dedicated Procter & Gamble unit where she was instrumental in winning Gillette, and served as chief client officer of the holding company before taking on the chief executive role.