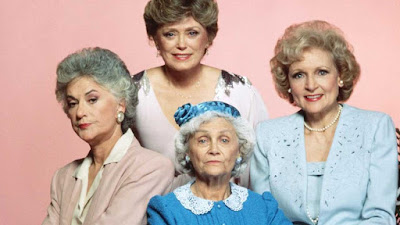 Campaign published another old-and-tired viewpoint on ageism in adland by Momentum Worldwide UK and Global Director of Brand Anna Dalziel, who was actually promoting 40 Over Forty—a divertsity stunt she co-founded to celebrate seasoned women. Why, it’s a divertsity double whammy. You go, old girl! 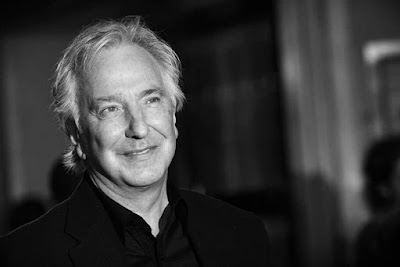 A view from Anna Dalziel

A co-founder of 40 Over Forty explains why workplaces need to celebrate people of all ages.

Did you know Alan Rickman (pictured, above) was 46 when he became a global star after featuring in the blockbuster Die Hard? After this big break, he went on to conquer the stage and screen, becoming one of Britain’s most loved and recognised actors. His age didn’t hold him back, limit his opportunities or make him seek an alternative career path.

Unfortunately, in our creative industry of marketing, media and advertising, very few 40-plus people can break into the sector and many find it hard to remain past a certain age. People over 40 are feeling overlooked, undervalued and, at worst, invisible. That’s why I and two industry friends, Anna Scholes and Charlotte Read, created 40 Over Forty.

The initiative, which was launched two weeks ago, was built to give men and women who are 40-plus a platform to be acknowledged and celebrated for their experience, talent and positive impact they make on our industry. In just two weeks, we’ve had more than 100 nominations — it has been overwhelming in the best way. For me, it reinforces the reason we launched. The need was there, but no-one was taking action, so we did.

There are more conversations right now than ever before around ageism in the industry. Just look at platforms such as Fishbowl, where groups for over-40s in advertising have been set up and issues such as “Am I too old for the industry?” continue to be trending topics.

Ageism feels like one of the last taboos in our industry that need to be tackled. For some reason, we’ve become so focused on the new, the youth and innovation that we’ve forgotten age isn’t an obstacle to overcome but, for many, a superpower.

The narrative needs to change. That’s why companies including Momentum Worldwide, which is my day job, carry out reverse mentoring so that different ages, backgrounds and job roles can exchange skills and experience to learn from each other. This is just one way to show different ages are valued in a business.

Society isn’t made up of one type of person — we know this from many diversity studies and from opening our eyes, and that includes different ages. To effectively communicate and be part of society and culture, businesses, agencies and brands need to reflect the diverse range of the world.

The business results are clear. The material that has been published featuring a point of view on ageism always showcases the benefits. I’ve just read the book The Squiggly Career and on page 12 there’s an interesting set of charts that show “who is at work today?”, grouped by age. There are roughly five generations, from 75-plus to under-25s, working side by side, all with different needs and perspectives. That’s how it should be, because those different groups of people all add diversity of thought to a business. Aviva, one brand that is a pioneer in terms of ageism, has shared the many benefits it has gained from keeping an open mind during the interview process, such as retaining the best talent and reducing recruitment costs.

The responses received over the past fortnight have already given an insight into how our 40-plus industry feels. One nomination is for a 73-year-old creative from the US, whose company has evolved with him. He loves his job, is delivering great work and doesn’t see his number as a negative. Why should it be? We need more businesses like this. I read a great example of creative talent tackling ageism on LinkedIn this week, This is Fearless, which is an advertising network of ageless creativity. Talent of all ages need to be engaged, acknowledged and active within companies — not just at the C-suite level but in varied roles.

This is a wake-up call. Wake up, advertising, marketing and media. New doesn’t mean better. Innovative doesn’t mean young and 40 doesn’t mean the end of achieving in your career. Mindsets need to change for employees and employers. Let’s celebrate your number.

Anna Dalziel is director of brand, UK and global, at Momentum Worldwide