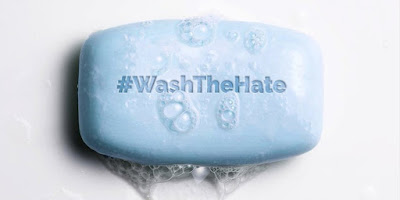 Adweek reported on the #WashTheHate campaign launched by IW Group to address the anti-Asian hate and racism fueled by the COVID-19 pandemic. The story’s key insights include:

• Harassment hits home as Asian Americans in marketing and advertising encounter bias, too.

• Brands are missing out on support from a major global—and notoriously loyal—consumer base.

The campaign warrants consideration, as it appears to underscore a disturbing phenomenon that routinely erupts during U.S. disasters. That is, disasters expose and ignite latent—or hidden—racism and hate.

Sure, the Pollyannaish might insist disasters bring everyone together, creating a common bond and singular purpose. But reality writes a different script. Think about it. The terrorist acts of September 11, 2001, inspired ugliness towards Arabs, Muslims and South Asians among others. Hurricane Katrina spotlighted the segregation and discrimination faced by Blacks in Louisiana. And now, COVID-19 is spreading a prejudiced pandemic for people of Asian descent.

The second key insight—Harassment hits home as Asian Americans in marketing and advertising encounter bias, too—is worth misinterpreting as well. The initial read sounded like Asian Americans were experiencing bias in the marketing and advertising community. Well, it could be argued that agencies such as IW Group are second-class citizens in the multicultural ghettos of Adland—and that’s no ancient Chinese secret to be washed away.