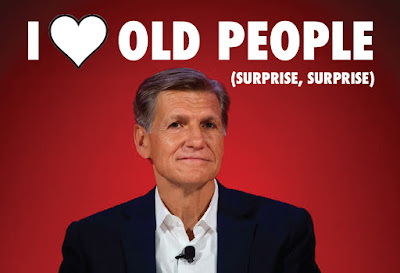 Campaign interviewed Procter & Gamble Chief Brand Officer Marc Pritchard, who predicted age will be the “next frontier” for inspiring faux commitment and patronizing propaganda from the industry. Pritchard acknowledged his company has influenced tremendous progress with gender diversity, citing firm goals and hard figures. Regarding racial and ethnic equality, Pritchard admitted, “We’ve done some good work … but we need to do more.” The “we need to do more” statement, incidentally, is a culturally clueless cliché regularly used to excuse one’s failure to embrace true diversity.

There are plenty of problems with Pritchard’s perspectives.

Second, Pritchard proudly presents measurable objectives, numbers and quotas to accelerate the White women’s bandwagon. For racial and ethnic minorities, Pritchard switches to chirping crickets. What makes this obscene is the fact that P&G regularly requires its minority advertising agencies to submit specific data for minority staffing and utilizing minority suppliers—and the mega-company presumably requests the same information from its White advertising agencies. In short, Pritchard knows exactly how underrepresented minorities are in adland. Yet he’s going to pick the low-hanging fruit—that is, White women and boomers—versus the Strange Fruit. 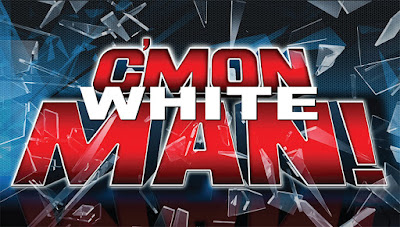 P&G’s Marc Pritchard: age is the ‘next frontier’ for advertising

Age will be next on the agenda for advertisers to address as the industry moves to unpick the stereotypes it has helped perpetuate, Procter & Gamble chief brand officer Mark Pritchard predicts.

As the company announced its initiative to drive 100% gender equality throughout advertising, Pritchard said there was far more in the pipeline around diversity and inclusion, with age needing to be better represented.

Speaking to Campaign in Cannes, he explained: “We’re furthest along on gender equality in terms of building it into our business and our marketing. But diversity and inclusion is another major pillar and we are focusing on racial equality, LGBTQ and people with disabilities. We’ve done some good work on racial equality but we need to do more.

“As a company, we’re now focusing not just on millennials but boomers as well. That’s the next area — the age portion is probably the next frontier. But we’ve got efforts in each of those areas. Watch this space.”

Acknowledging that the ad industry has been part of the problem in enabling stereotypes over the years, Pritchard said advertisers have a responsibility to challenge that approach.

“We reach five billion people on the planet every day and we’re the world’s biggest advertiser. We have both an opportunity and a responsibility for changing perception. Images and how people are portrayed in advertising affects memory, which affects bias. There is an unconscious bias that comes from such images and [it influences] how you see the world.”

Reflecting on the industry’s role, Pritchard added: “There was a perception or belief that you could do those kind of ads — and that was what sold. But the exact opposite is true.

“The more gender-equal an ad is, it has been shown that you get a 10% increase in trust and a 26% increase in sales growth.”

As part of the move towards gender equal advertising, Pritchard revealed P&G is 15 women creative directors away from gender parity among the agencies it works with, while at brand director level within P&G it is 10 directors away from a 50/50 split.

“With account directors and strategic planners [at our agencies] we’re well over 50/50 already. They’re committed to making this happen. These numbers are important as it can be about one person at a time.”

Commercial director level remains uneven but Pritchard is backing the #FreeTheBid movement advocating for women within advertising, and expanding it to more countries.

He does not agree, however, with the move by Mastercard to have 80% of women make up its marketing team to reflect the 80% of women who make the purchasing decisions. “We see equal,” Pritchard said.

Pritchard added that he was more than happy for P&G to pay for Saatchi & Saatchi’s entries to the Cannes Lions, in the absence of Publicis Groupe, because “P&G still believes in creativity — we’re willing to go ahead and make that investment to pay for their awards”.