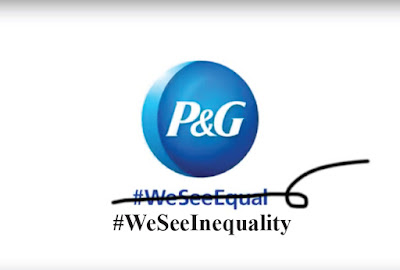 Adweek reported Publicis Groupe executed major layoffs and departmental restructurings, apparently in response to production cuts and reductions from Procter & Gamble. If the White advertising agencies serving P&G are being forced to eliminate staff, what’s going to happen when the minority shops have crumbs taken away? Oh, wait—what’s going to happen is totally clear and already under way. The White advertising agencies will recoup their losses by snatching assignments from the minority shops. Of course, P&G and the White firms will bring on consultants of color and minority vendors to satisfy the minimum diversity supplier goals. Hey, promoting White women and Free The Bid will do the trick.

Publicis Groupe has restructured the production departments at three of its New York-based creative agencies in an effort to adjust to the needs of unspecified clients, the holding company confirmed today.

According to two people with direct knowledge of the matter, the move also involved a round of layoffs.

“Publicis continues to position our agency for the future and unlock smart, agile and strategic solutions,” read a statement from a holding group spokesperson. “We’re being mindful about our moves in New York, which include restructuring resources to better serve clients and better deploy talent.”

One person who was among those let go told Adweek that a primary reason for the change was a decision by Procter & Gamble, the world’s largest advertiser and one of Publicis Groupe’s most important global clients, to cut or reduce production work on its ad campaigns.

As part of the move, the two sources said several executives, including the head of production at Publicis New York and at least one executive producer, were also laid off.

Jenny Read, who joined Saatchi & Saatchi New York in 2017 as director of integrated production, will now reportedly oversee the teams at that agency as well as Publicis New York and PG One, the holding company’s dedicated P&G unit.

It is unclear at this time how many employees were affected overall. Publicis declined to elaborate beyond the statement above, and a Saatchi & Saatchi representative declined to comment.

P&G deferred to Publicis for comment on agency operations but clarified that it had “embraced more efficient ways of production” rather than taking more production work in-house.

P&G’s chief marketing officer Marc Pritchard has made several major changes to the CPG giant’s agency lineup and larger marketing strategy in recent years. At the 4A’s Accelerate conference in Miami this April, the company announced that it will pioneer new agency models including one group that will handle its fabric care brands by drawing talent from Saatchi, WPP’s Grey and Omnicom’s Hearts & Science and Marina Maher Communications.

Pritchard described it to Adweek as “an interactive agency that focuses first on people.” He also said that P&G will still rely on its agency partners to handle creative work, thereby avoiding missteps like Pepsi’s infamous Kendall Jenner campaign.

According to sources who spoke to Adweek, however, the company’s plans to cut production budgets have been in the works for some time. P&G’s ultimate goal is to streamline its global marketing spend.

This latest move is in keeping with Pritchard’s much-discussed strategy for reducing waste and increasing efficiency by demanding greater transparency from its media partners, cutting its digital spend and reducing production costs.

In March, P&G’s top competitor Unilever also told investors in its 2017 annual report that it had saved approximately 30 percent on agency fees by bringing more of that work—including production—in-house.

P&G spent nearly $2.7 billion on paid media in the U.S. last year, according to Kantar Media.

This story has been updated to include the client’s clarifications.

"P&G and the White firms will bring on consultants of color and minority vendors to satisfy the minimum diversity supplier goals."

It's worse. P&G will ask all the POC agencies and vendors they can find to fill out elaborate, detailed paperwork listing their prices down to the tiniest detail, and tell them that P&G wants that because they're putting together a list of "preferred partners" so if they want to be one of them, they have to do it.

Except miraculously, the work never materializes, but those numbers are used as leverage to force down the prices of all the white agencies and vendors getting the bulk of the work.

Even more miraculously, P&G will crow about their commitment to diversity, and list the hundreds of millions of dollars they've spent with minority partners, but if you push them on actual names and numbers (and oh, they'll push back, because that's "proprietary knowledge" and they couldn't possibly reveal trade secrets, oh no) it's all going to white women.

But hey, the few tiny multicultural agencies hanging on can rest assured that they're getting a handful of pennies for stock photo Black History Month print ads or a banner for Chinese New Year from P&G so yay, diversity.