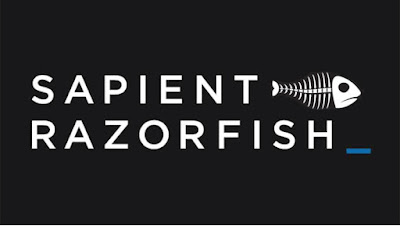 Adweek reported on layoffs at SapientRazorfish, revealing potential plans to “retire the Razorfish brand” and dump the remains into the global Publicis.Sapient dung heap. This is not surprising at all.

SapientRazorfish Lays Off 100 in U.S. as Publicis Prepares to Retire the Brand, Sources Say

Agency will reportedly be folded into Publicis.Sapient

SapientRazorfish, the “digital transformation agency” created by the union of SapientNitro and Razorfish, went through a U.S. restructuring this week.

Sources who spoke to Adweek on condition of anonymity said multiple offices were affected, with one putting the total number of layoffs at approximately 100.

The same sources characterized the move as the beginning of a larger plan to retire the Razorfish brand and fold the organization into Publicis.Sapient, one of Publicis Groupe’s four major “solutions hubs” that currently includes Sapient Consulting. Until late 2017, the Digitas organization was also part of that group.

“As we work to evolve Publicis.Sapient, we have been evaluating our business model to ensure we can be the best digital transformation partner to our clients,” wrote a company spokesperson. “As part of that process, we recently made the difficult decision to part ways with a small number of our people.”

The spokesperson declined to elaborate further and did not directly address or dispute specific claims made by Adweek’s sources.

According to a party with knowledge of the business, the downsizing was intended to correct a revenue imbalance noted in the company’s forecast for the third and fourth quarters of 2018. While the consulting division of SapientRazorfish has reportedly seen double-digit growth so far this year, the digital and creative portions of its practice have not been as successful—and the company may not meet revenue goals for 2018.

Another source told Adweek that Los Angeles and Cleveland were the offices hit hardest by this round of downsizing and that several executive-level leaders within SapientRazorfish were let go.

Publicis acquired Razorfish from Microsoft in 2009 for more than $500 million and spent nearly $4 billion on Sapient in 2015. Since then, the company has struggled to define its goals for the two organizations, eventually combining them to form SapientRazorfish in late 2016 and relaunching the brand early last year as a provider of six key offerings ranging from data management to artificial intelligence.

Beyond its consulting practice, SapientRazorfish’s offshore operation, which employs roughly 10,000 people in India and performed much of the back-end work on the Marcel platform, has been a marked success. Last year, the organization announced plans to double its workforce in the next three to five years.

The last major restructuring occurred in November 2017, when co-CEO Chip Register announced his retirement and SapientRazorfish global CEO Alan Wexler became chief executive of the Publicis.Sapient organization. The company’s stated goal at the time was simplification.

Onetime Sapient CEO and chairman Alan Herrick, the first chief executive of Publicis.Sapient who was once seen as a potential successor to former Publicis Groupe CEO Maurice Levy, also left the organization several months ago.

According to multiple sources, the transition from SapientRazorfish to Publicis.Sapient began earlier this year and already applies to all the agency’s internal operations. Publicis is expected to make further announcements in the coming months.