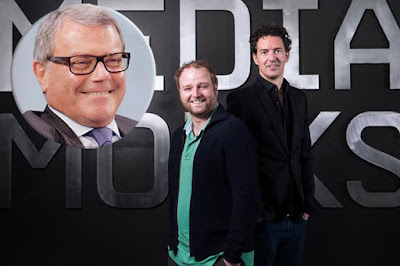 Campaign published a lengthy report titled, “Sorrell reveals ‘very different approach’ with €300m MediaMonks deal,” wherein Sir Martin Sorrell declared, “It’s a very different approach and a very different structure—one that is built for the future, not for the present and certainly not for the past.” Um, somebody tell Sir Peanut that living in reality should be the goal, which means not obsessing about the past or the future. Honestly, the man is starting to sound like President Donald Trump. What’s next—building the first holding company in outer space?

Sir Peanut considers his brainchild to be different because he’s viewing it through the eyes of an accountant, envisioning a financial arrangement that might appear unique. But a realistic perspective reveals a rerun of the same old story. That is, Sir Peanut is erecting an enterprise from scratch, just as he’s erected White advertising agencies for client customization. His other erections include Enfatico, Cavalry and Team Detroit. There’s a clear pattern of corporate erectile dysfunction here. And every declaration of doing things different implies and/or admits his previous wankfest—WPP—is flawed, failed and fucked up.

Schemes are already being sketched to expand MediaMonks, undoubtedly mixing more monks into the management muck and praying a monastery materializes. Sorry, but this style of business development ignores the need to establish a foundation based on shared vision, as well as common principles and practices for leadership, trust and integrity. Being an accountant, Sir Peanut prefers spreadsheets; hence he’s most comfortable inserting names and brackets into an Excel org chart versus creating a human culture. When evaluating people, quarterly cash value trumps sustainable character.

Of course, diversity is not part of the plan. Why, the photograph illustrating the Campaign report (depicted above) underscores the reality. Three White Stooges are out to make money for themselves. Literally and figuratively, there’s no visible divertsity in the picture either. Forget #MeToo—it’s just #MeMeMe.

Finally, it’s sad to see Sir Peanut being crowned Senior Monk (as depicted below) by his newly acquired sycophants. Former monks in the menagerie include Neil French, Alexei Orlov, Kevin Roberts, Gustavo Martinez and Tham Khai Meng—alongside professional ties to Harvey Weinstein and the Presidents Club Charity Dinner. And while the official investigation results were not publicized, the allegations against Sir Peanut covered being a pain to chauffeurs, a prick to peons and a patron to prostitutes. In short, Sir Peanut is closer to a megalomaniac than a monk. 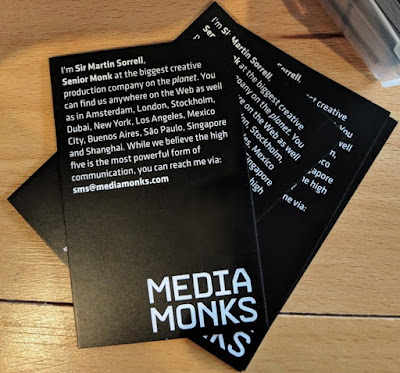