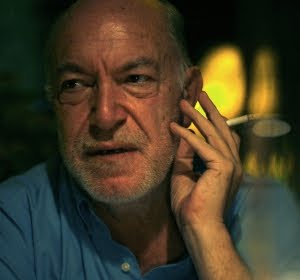 Sorry for the Lobsters and beating a dead horse, but wanted to briefly re-examine Neil French and the alleged gender discrimination on Madison Avenue.

To briefly recap, French made sexist comments when asked about the lack of female creative directors during a professional engagement in 2005. French has consistently insisted that he was joking, and that anyone attending the event would have realized it (although a number of people reportedly exited in the middle of French’s presentation—and Nancy Vonk clearly was not amused). According to various sources, French said women usually leave the industry “to go suckle something,” and added, “You can’t be a great creative director and have a baby and keep spending time off every time your kids are ill … Everyone who doesn’t commit themselves fully to the job is crap at it.” French has never denied making these statements, and even defended his position in a later interview by saying, “A belligerent question deserves a belligerent answer. The answer is, They don’t work hard enough. It’s not a joke job. The future of the entire agency is in your hands as creative director.”

At the time of the incident, French was the Worldwide Creative Director for WPP, and he inevitably resigned when the proverbial shit hit the fan. But to be clear, his comments were grounds for dismissal, as one could easily argue that such declarations would create a hostile and discriminatory work environment for women. As WPP Overlord Sir Martin Sorrell recently admitted about his company, “We don’t recruit people very well, we don’t assess them very well, we don’t give them feedback very well.” It would not help the hiring efforts to also be known as a female-unfriendly enterprise.

Given the continuing controversy surrounding gender imbalance on Madison Avenue, at least in regards to creative directors, one must wonder if the people in power (i.e., White men) really think there is an issue. Why? Well, consider this. If French had made the exact same comments and replaced women with Blacks or Latinos, he would have been branded as the Michael Richards of the industry, and probably shunned and condemned by everyone. However, a number of prominent admen have come forward to praise French and his book, including Mike Hughes, David Droga, Mark Tutssel, Bob Scarpelli, Lee Clow, Jeff Goodby and Graham Fink.

So is there a problem with the “dearth of dames” leading creative teams and departments? Or deep down, do modern Mad Men support French’s viewpoint along with his book?
Posted by HighJive at 1:26 AM

Good. Dinosaurs like this can keep telling the truth, reminding people of color that there's no room for us in advertising (and if we're having any problems entering in the first place, it's all in our heads), and we can keep fleeing for the exits, taking our creativity to the digital world instead. Will that last one out please turn off the 60 second TV spot?