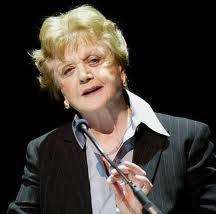 In the PR hype surrounding the new “Hail to the V” campaign, Summer’s Eve Director of U.S. Marketing Angela Bryant declared the following:

“The whole category has been talking to women the same way since feminine hygiene products have been in the marketplace, and ironically, many media outlets won’t even allow the use of the word vagina in advertising. We are way past-due for a change. Hearing from women on our listening tour last year cemented that now is the time. This campaign is about empowerment, changing the way women may think of the brand, and removing longstanding stigmas: Summer’s Eve is not a means to confidence, rather it’s a celebration of confidence, of being a woman, and taking care of their bodies.”

If Summer’s Eve Cleansing Wash contained alcohol, one might guess that Ms. Bryant has been drinking her product to excess. But since it doesn’t, there’s no clear explanation for her insanity.

“The whole category has been talking to women the same way since feminine hygiene products have been in the marketplace…” Well, yeah—and Summer’s Eve has been doing so quite terribly for many, many years. Too bad Bryant didn’t continue with the clichéd and contrived versus green-lighting this disastrous concept. There’s a big difference between breakthrough and offensive.

“We are way past-due for a change. Hearing from women on our listening tour last year cemented that now is the time.” Well, yeah—but again, breakthrough does not require sticking your vagina in consumers’ faces. Bryant needs to go back and review the focus group tapes. It’s completely unfathomable that women would have suggested or approved the direction of this campaign. Ever.

“This campaign is about empowerment, changing the way women may think of the brand, and removing longstanding stigmas…” Well, yeah—Summer’s Eve and The Richards Group totally succeeded in changing the way women may think of the brand. The YouTube comment threads for the spots targeting Blacks, Latinas and Whites show women think the brand is offensive, disgusting and racist. Blogs with female followings have been pretty consistent in their condemnation, as seen here, here and here. The commercial airing in movie theatres resulted in audiences laughing at the brand; plus, parents were rightly upset that their pre-teens went to watch the latest Harry Potter flick and were exposed to references to hairy vajayjays. Worst of all, the advertising has initiated strong debates over the products’ safety and necessity. Yep, the geniuses responsible for “Hail to the V” have staged a 180-degree brand shift from forgettable to unforgivable.

MultiCultClassics stands behind its contention that The Richards Group took advantage of a client desperately seeking credibility and hipness. Angela Bryant can be labeled with a V-word: Victim. MultiCultClassics also wondered if any adwomen were involved with the concept. A peek at the agency’s leadership reveals lots of White men. However, based on the official press release, the two creative directors taking credit for the work are a woman and a Black man.

“It’s not every day a client wants to turn the category on its head—it was either go big or go home,” gushed Creative Director Tina Johnson. “We can’t wait to see how women respond to the new campaign, and where the dialogue goes from here.” Forget the comedic coincidence that the vagina idea came from a Johnson. While the adwoman may be saluted for having had the cojones to go big, she was foolish to let “Hail to the V” leave home. The dialogue has gone where no advertiser wants to go.

“Often, the most interesting ads are based on a truth, and our truth was that women have had this power since the beginning of time,” said Creative Director Terence Reynolds. “If Summer’s Eve stands for empowerment, and we deliver that message in an entertaining way, then we’ve succeeded.” At this point, it’s safe to say the agency has not succeeded. And that’s the truth.

In fact, The Richards Group has failed on a host of levels. Remember, this shop stole won the Latino portion of The Home Depot account by claiming to have multicultural expertise. Is the Latina spot evidence of the agency’s abilities? Additionally, Reynolds is listed as the cofounder and head of Shift, The Richard Group’s urban marketing unit. Is the Black spot a sample of the agency’s urban skills?

Now, visitors to MultiCultClassics know this blog is a proponent of diversity in our industry. And haters may be snickering to discover non-White male creative directors conceived the campaign being blasted here. In the end, however, MultiCultClassics considers the entire scenario to be a twisted sign of progress. “Hail to the V” demonstrates that women and minorities can easily match the cultural cluelessness of White men. So quit claiming they’re not qualified to serve alongside the ruling majority.

P.S. MultiCultClassics was unable to find a pic of Angela Bryant for this post, and settled for a shot of Angela Lansbury instead.
Posted by HighJive at 1:48 AM

Love your blog on this. Good research and the picture of Angela Landsbury: priceless.