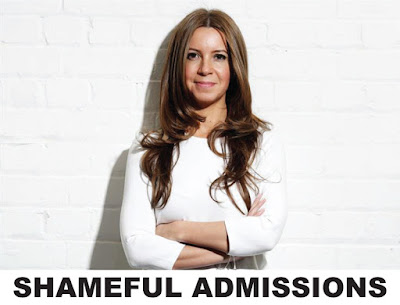 Campaign asked, “Has the industry turned a corner towards gender balance?” The answers include plenty of divertsity disclosures that continue to underscore how gender equality in adland essentially means promoting culturally clueless White women—and fuck everybody else.

The Lighthouse Company Founder Kathleen Saxton said, “I believe there is a fundamental shift in how recruitment in the industry is managed. This is due to many years of lobbying that has, rightfully, shamed the industry into doing better.” First, it must be noted that Saxton’s company is a recruitment firm, so the woman is directly responsible for the industry’s global exclusivity, as well as the lesser inequality that White women have faced. Yet Saxton inadvertently exposed key differences between battling for divertsity versus true diversity. White women have seen major gains after only a few years of lobbying, while racial and ethnic minorities have seen minimal changes after countless decades of speaking out. White women have, “rightfully, shamed the industry into doing better,” while people of color who have shamed the industry were systematically expelled from the field.

LIZH Founder Liz Hunter (another professional recruiter) remarked that tokenism—in regards to the promotion of White women—is a “way of change which is here to stay.” In short, hiring token White women is totally cool. On the other hand, tokenism for racial and ethnic minorities is completely reprehensible, especially to White men and White women in the business. Unless it involves hiring a Chief Diversity Officer.

Saxton further revealed her cultural cluelessness when discussing the dearth of true diversity. “Part of the problem [with the lack of minorities] is the pipeline, which the industry needs to work on,” opined Saxton. “It’s roughly at the level it was for women a decade ago.” Um, the level mark disparity is closer to 75 years than ten years. And the pipeline has been produced, policed and perpetuated by recruiters—who are a much bigger part of the problem than the alleged deficit of qualified candidates of color.

Has the industry turned a corner towards gender balance?

Years of campaigning for better gender balance in advertising and marketing is finally bearing fruit, observers have suggested, following a succession of high-profile appointments of women.

In the past fortnight alone, Christine Removille was appointed global president of Carat, Anna Watkins was hired as managing director post for Oath UK and Danielle Bassil stepped up at Digitas as its new UK chief executive.

“I believe there is a fundamental shift in how recruitment in the industry is managed,” Kathleen Saxton founder of recruitment agency The Lighthouse Company, said. “This is due to many years of lobbying that has, rightfully, shamed the industry into doing better.”

Companies in the industry are now more conscious about sexist recruitment practices and are actively asking for long- and shortlists that are gender balanced, Saxton added. “This is also true on the part of the recruiters.”

There is, however, some concern that some of this change is tokenism that will snap back once attention has moved on. But, for better or worse, even tokenism is a “way of change which is here to stay,” Liz Hunter, founder of headhunting company LIZH, said.

“Women as I see it are trying to create an industry culture and an effective way of doing this is to include a variety of candidates within the pipeline,” she said. She cautions though that the word tokenism is counter-productive to the movement, regardless of company motivations.

In the case Bassil’s appointment to chief executive of Digitas, the process was based on meritocracy, Sue Frogley, chief executive Publicis Media UK said. “Dani fully-deserved her promotion based on her talents alone. But, of course, I am delighted to have another woman joining my leadership team. More broadly speaking across the industry the glass ceiling is shattering all around us, which is just great.”

There is also an increased willingness on the part of companies to relax rigid working practices born of an era where the working spouse was supported by a stay-at-home spouse, a move that benefits both women and men.

Saxton revealed: “There was a big agency network last year that asked us to recruit two new managing directors for them with a long-list that included as many qualified women as possible. We found some fantastic candidates, one, however, wanted a four-day work week and another needed flexible hours because they had moved out of London.

“Initially, the group said no. But they were such strong candidates, and I told them that if they were serious about improving diversity, they had to consider changing a policy that demanded full hours sat in the office. To their credit, they capitulated and both women have proven very successful hires.”

Beyond a real attitude shift within the industry, other factors can be credited to the happy convergence of growing awareness, the availability of senior female talent, and an industry in flux paving the way for fresh talent, Saxton said.

However, she added there is much to be done in the way of improving the industry’s black and ethnic minority representation, particularly at a senior leadership level.

“Part of the problem is the pipeline, which the industry needs to work on. It’s roughly at the level it was for women a decade ago,” Saxton added.