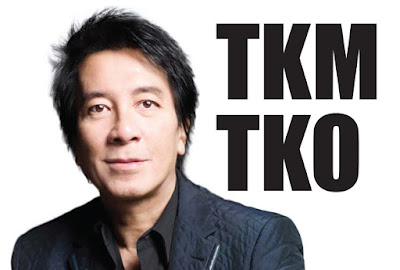 Fast Company reported Ogilvy terminated Chief Creative Officer Tham Khai Meng for “behavior” that the publication implied was likely tied to sexual harassment. If the implication is true, the man deserves a Cannes Ass Lyin’ award for his divertsity drivel and declarations in recent years. And Ogilvy deserves derision and damnation for purporting to be ignorant about the outrageous hypocrisy presented by the ex-creative honcho. Finally, Ogilvy CEO John Seifert should have his ADCOLOR® trophy rescinded. In 2009, Seifert admitted the industry is “not exactly leading the way” with diversity and inclusion. Based on this latest fuck-up, Seifert isn’t leading at all.

Global advertising agency network The Ogilvy Group’s CEO John Seifert announced in a memo to employees today that the company had terminated its chief creative officer Tham Khai Meng, after an internal investigation into misconduct allegations.

“After carefully reviewing the investigation’s findings with several of my partners, we concluded that Khai’s behavior was a clear breach of our company values and code of conduct,” wrote Seifert. “I have decided to terminate Khai’s employment with the company with immediate effect.”

Meng joined Ogilvy in 200 [sic] as a regional creative director in Asia Pacific, and was promoted to worldwide chief creative officer in 2009. He’s long been the company’s creative spokesperson, an industry thought leader who appeared regularly and prominently at advertising conferences around the globe. He also led Ogilvy to win Network of the Year at Cannes five times in a row, from 2012 to 2016.

This is just the latest in the ad industry’s own #MeToo reckoning. Over the last six months, a handful of agency leaders have lost their jobs due to misconduct, including Droga5’s former chief creative officer Ted Royer and WPP CEO Martin Sorrell. Beyond the C-suite, anonymous Instagram account Diet Madison Avenue steadily logged and voiced industry accusations until it was shut down last month and sued for defamation.

Here is Seifert’s memo in full:

Two weeks ago, I was informed of employee complaints regarding the behavior of Tham Khai Meng, Chief Creative Officer of The Ogilvy Group.

I found these complaints serious enough to appoint external legal counsel to investigate the matter.

After carefully reviewing the investigation’s findings with several of my partners, we concluded that Khai’s behavior was a clear breach of our company values and code of conduct. I have decided to terminate Khai’s employment with the company with immediate effect.

Each year, we ask every employee in the company to read, authorize, and fully commit to a code of conduct that each of us is responsible for living up to. Over the past 70 years, we have institutionalized shared values and a standard of professional behavior unique to the Ogilvy brand.

This is an important moment to reaffirm that no individual in this company is too senior or too important not to be held accountable for their actions.

Thank you for your support.