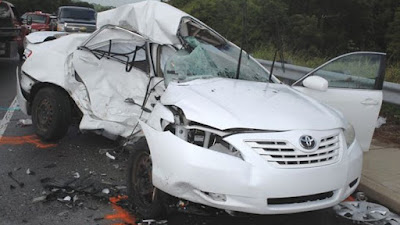 The automaker will plug its RAV4 crossover

Toyota will appear in the Super Bowl for the second straight year, and the automaker is giving its multicultural agency, Burrell Communications, the assignment. The ad will be for the 2019 RAV4 compact crossover.

“Toyota’s multi-agency approach is part of the brand’s broader strategy to embrace diversity nuances throughout the strategy, creative and communications of all its campaigns,” Toyota said in a statement. Saatchi & Saatchi will handle “media and communications strategies” for the ad, according to the statement. But “the Super Bowl execution will tap into learnings to have Burrell Communications develop and produce the creative.”

Burrell, which is on Toyota’s roster of regular agencies, is on the upswing thanks in part to its new Social Listening Lab. The proprietary tool, developed in 2017, gathers feedback for campaigns and pitches from a focus group of 10,000 African-American influencers with a combined reach of 115 million consumers.

Toyota sat out the 2017 Super Bowl, but came back in 2018 in a big way with three ads: two 60-second spots and one 30-second ad. It represented Toyota’s biggest Super Bowl ad buy ever. The 2018 game was broadcast by NBC, which also aired the Olympics starting just days later. Toyota is an Olympics sponsor, and has a tight relationship with NBC, so the large ad buy made sense.

A Toyota spokeswoman declined to reveal the length or creative details for the ad for Super Bowl LIII, which will be carried by CBS on Feb. 3.

Ed Laukes, head of marketing for the Toyota Division, told Automotive News that RAV4 is worthy of the “biggest set of eyeballs on the planet” that it will get with the Super Bowl ad. The vehicle, which was redesigned for 2019, is the best-selling nonpickup in the nation, according to Automotive News.

Last season, 11 auto commercials ran featuring six brands: Ram and Jeep (both owned by Fiat-Chrysler), as well as Hyundai, Kia, Toyota and Toyota-owned Lexus. In the 2017 game, eight automakers ran a total of 10 ads. Lexus has not commented on its plans for 2019. Honda has confirmed to Ad Age that it will sit out the game for the second straight year. Fiat Chrysler Automobiles, a regular Super Bowl advertiser, has not yet made its plans public, and typically does not do so until the week leading up to the game.

There is a thousand percent chance that Burrell will turn around and share this Super Bowl opportunity with white photographers, white editors, white directors, white production houses and white musicians.

It's going to be an all white (and probably German or English) extravaganza of black on the outside, white behind the scenes where the real money is made.

Toyota loves making ethnic pride advertising that shows how awesome it is to be a POC driving a Toyota car, while making sure only white Europeans get the privilege of portraying black, brown and Asian bodies.