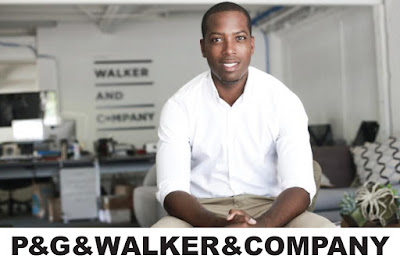 Advertising Age reported Procter & Gamble bought Walker And Company and its health and beauty brands for people of color. Expect P&G Chief Brand Officer Marc Pritchard to count the acquisition as a diversity move. Plus, he’ll likely push to integrate the products with My Black is Beautiful, green-lighting a campaign that will be assigned to a White advertising agency and win gobs of ADCOLOR® trophies.

Tristan Walker, high-profile founder of brands for people of color, will stay on

CEO Tristan Walker, who founded the company in 2013, will join P&G as part of the deal. The former Foursquare and Twitter executive will move operations from Silicon Valley (Palo Alto, Calif.) to Atlanta.

Sold mainly direct-to-consumer, Bevel also is now in a majority of Target stores nationwide as well as on Amazon, Walker says, while Form Beauty is also sold online and in stores through Sephora. He declined to disclose sales numbers.

Walker launched Bevel in 2013 as a razor brand for men with coarse curly hair, whose faces get irritated by mass-market razors such as those from P&G’s category-leading Gillette. The high-profile social-media veteran hit the market with backing from Andreessen Horowitz, marking one of the earliest venture-capital investments in direct-to-consumer packaged goods. A second funding round in 2015 attracted high-profile backers such as John Legend, Magic Johnson and Google Ventures, and helped fuel the 2017 launch of Form Beauty haircare products for women.

Getting bought by P&G doesn’t mean Walker plans to do a big paid media push or hire outside agencies. “We don’t outsource branding,” Walker says. “They’re still going to let us operate and do our thing.”

That thing has involved building brands more slowly than many venture-backed direct-to-consumer players.

Dollar Shave Club, founded in 2011, made a bigger splash faster with a lot more venture capital—$164 million total to $33 million for Walker, according to Crunchbase. DSC spent heavily on media, at times outspending Gillette on TV prior to its acquisition by Unilever in 2016 for $1 billion.

But its growth slowed post acquisition, and possibly DSC had already reached most of its potential U.S. razor subscribers by the time Unilever bought it.

By contrast, Walker opted for a slower cash burn, less use of paid media and more focus on social-media and word-of-mouth, including from his high-profile customer-investors like Legend and Johnson. That more measured growth may ultimately mean more potential for acceleration with new backing from P&G.

Walker once prevailed in a case Gillette brought against his company before the National Advertising Division of the the Council of Better Business Bureaus, which found Bevel could support its claim that its single-blade razors cause less irritation than Gillette’s multi-blade razors, though it had to modify some “clinically proven” claims. As P&G prepares to launch Gillette Skinguard two-bladed razors for men with sensitive skin early next year, executives have avoided making comparisons to Bevel.

Now, P&G is looking to learn from Walker how he does things. “One thing we can learn from Tristan,” says Lela Coffey, brand director for multicultural consumers at P&G Beauty, “is this ability to use these authentic connections that he’s built vs. the traditional CPG approach.”

“We can really help Tristan broaden his reach and awareness,” says Coffey, whose duties include working on Pantene’s Gold Series and Head & Shoulders’ Royal Oils lines for women of color. “We are going to fuel him with some of the science we have available. Our R&D department will be his playhouse if that’s what he wants.”

Moving from Silicon Valley to Atlanta makes sense for Walker & Co. because Atlanta long has been the company’s top market for e-commerce and physical store sales, Walker says. “We want to be as close to our customer as we can.” And it’s only about an hour away from P&G’s Cincinnati headquarters by plane.