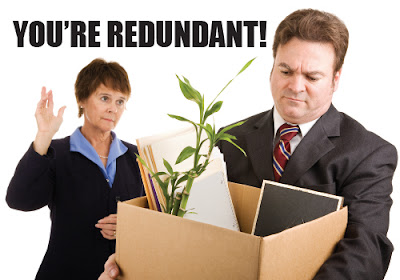 Campaign reported the Ogilvy UK voluntary redundancy programme resulted in nearly 50 departures, which equals roughly 4% of the staff. How did the volunteers affect the diversity of the staff? The Advertising Diversity Taskforce will want to update its breakthrough report for sure. No word on when the involuntary redundancy programme kicks in—or when WPP CEO Mark Read will merge Ogilvy with a third-rate digital shop, igniting even more redundancies. Hey, he should change his name to Mark Readundancy.

Founder David Ogilvy once wrote, “We are looking for gentlemen with ideas in their heads and fire in their bellies. If you join Ogilvy & Mather, we shall teach you everything we know about advertising. We shall pay you well, and do our damnedest to make you succeed. If you show promise, we shall load responsibility on you—fast. Life in our agency can be very exciting. You will never be bored. It’s tough, but it’s fun.” At Ogilvy UK, they are looking for heads to fire. They will pay you obligatory severance, and do their damnedest to make you leave. And you’ll have to load your belongings—fast. Life is tough.

Redundancy option was open to all staff.

Ogilvy UK has completed its voluntary redundancy programme, which will result in the departure of fewer than 50 staff.

The business offered the option to all employees in October after bringing its separate agency brands together and insisted that it was not a cost-cutting move.

Following the completion of the process, Michael Frohlich, chief executive of Ogilvy UK, said the programme affected less than 4% of staff, equating to around 50 people.

Campaign reported in May that there were 1,200 employees in the business after it merged Ogilvy & Mather, OgilvyOne and Ogilvy PR to become Ogilvy UK.

Strategy partner James Whatley announced he would be among the people to leave in his personal newsletter at the end of last week.

Frohlich said: “As planned, we have completed a limited redundancy programme affecting less than 4% of our workforce in select areas of the organisation in the UK. These actions are part of Ogilvy UK’s transformation, as we focus on strengthening the agency for the future by investing in the areas that will bring the greatest value to our clients and support our own growth as a business.”