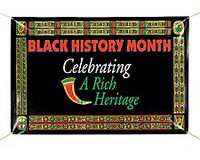 As we step into Black History Month, there is much the nation can learn about the complexities that face the black community by scrutinizing things that are happening in New York — some tragic, some noble, some naive and some the very definition of irresponsible.

First, there’s the killing of Sean Bell in what appears to have been a Keystone Kops episode, in which 50 shots were fired on three unarmed black men. In the middle of all the anger and sorrow, Nicole Paultre, the woman Bell was to marry the day he was killed, carried herself with a dignity that so surprised Larry King that he asked her on his TV show why she didn’t express the kind of theatrical anger that has become a cliché since the days of Black Power.

King had the wrong guest on his show. He should have brought on Charles Barron, a former Black Panther and a rabble-rouser of the most irresponsible stripe. Following the Bell killing, Barron spoke at a Brooklyn rally and proved himself an incendiary at best when he made an apparent attempt to incite violence against the police, saying, “We need to let the system know that they have to fear us.”

Barron also deeply troubles black cops, whom he refers to as “house Negroes,” or faithful slaves. Interestingly, Barron has made no similarly aggressive commentary about what community people should do to pimps, drug dealers, serial rapists and the sellers of illegal firearms. Without our cops, they would wreak much more havoc on the black community than they already do.

Then, just last week, Ronell Wilson, a young black man, was sentenced to death for the murder of two black undercover detectives in 2003. Men such as the murdered cops, of course, are of no interest to the Charles Barrons, the loons among us ever ready to make empty threats and spew endlessly divisive commentary. They remain intellectual blights on the black community.

Finally, in the interest of Black History Month and partially in response to the infamous tirade by supposed comedian Michael Richards, Council member Leroy Comrie has submitted a resolution to the New York City Council that calls for a “symbolic moratorium on the use of the N-word in New York City.” Good luck.

Michael Richards is not the problem. The actual problem is the continual use of the word by black comedians and rappers, ever since Richard Pryor made it a basic part of his routine. Even the fact that Pryor himself came to think he had made a mistake could not stop the word’s use from spreading, across racial lines, among young people. Congressman Charles Rangel has expressed the intention of drafting a similar resolution for Washington senators and congressmen to decide on.

These are the sorts of messes we can easily see these days, but it is important that we recognize what Sean Bell’s intended wife represents. It is she who reflects the heart of the civil rights movement. She wants nothing less than justice and holds no malice toward the NYPD as a whole. She is too noble and mature to allow the worst blunders of a few to indelibly stain the majority. Having police officers in her family, she is too sensible to traffic in brutal stereotypes.

Charles Barron and all those like him need to follow her example. Don’t back down, but rise above petty hysteria. That would give real meaning to Black History Month.
Posted by HighJive at 7:05 AM

Weren't the cops (or some of them) in the Sean Bell shooting Black and Hispanic?