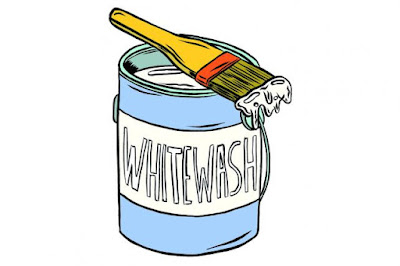 It’s Made Great Strides on Gender, but Not When It Comes to Race

It was a pretty impressive thing to watch. As the Erin Johnson-Gustavo Martinez case exploded over adland, an industry that often seems long on talk and short on action rushed to mobilize. At the annual 4A’s confab, rather than hide from this potential PR nightmare, those gathered rallied and planted a flag in the ground declaring that this sort of sexist, chauvinistic behavior will not stand.

Women must be respected, listened to and, yes, promoted.

But lost in all this were a couple of salient points.

While there was suddenly a lot of frank discussion about gender—indeed, the 4A’s added a panel to the conference at the last minute—and much of it was couched in terms of “diversity,” you probably could have counted the number of African-Americans in attendance on two hands.

And some of the most heinous remarks allegedly made by Martinez had nothing to do with sexism and everything to do with race. Indeed, the closest thing to a smoking gun in the case so far is a video of Martinez at another confab in Miami addressing a team of J. Walter Thompson employees. Much has been made of the fact that he made a joke about rape. It’s a loaded word and one that automatically brings to mind gender. But the joke, such as it was, was actually made at the expense of African-Americans. And he followed up a comment portraying them as sexual aggressors with comments depicting them as thieves.

Yet the overwhelming majority of talk about diversity over the last few months has been about gender rather than race. Perhaps it’s easier to talk about because we can see some light at the end of the tunnel when it comes to gender issues—and because there are more women in the industry.

This isn’t to say there aren’t gender problems that need to be addressed. Women are still underrepresented in the C-suites and in the creative departments of ad agencies. They’re not paid as much as men. And something has to be done about family leave. Those are major faults that need fixing—and they’re among the harder ones to remedy. But as in much of the rest of the business world, the trends are fairly clear. Women have been and are on the rise.

What’s not happening is any appreciable climb in the number of African-Americans in the ranks of advertising agencies.

Consider this assessment of the ad business:

“Despite expressed intentions to reform, the industry’s past record cast doubt upon its willingness and ability to police itself. Spokesmen testified that … the industry and individual companies might be trusted to make the necessary changes without governmental intervention. But critics contended that the industry has forfeited the confidence of the minority communities, and that government agencies must step in.”

So wrote the New York City Commission on Human Rights in 1978 after finding that only 5% of the industry’s workforce in 1967 comprised black and Hispanic workers.

Fast-forward to 2004 and the Commission on Human Rights had to go after ad agencies again because little to no progress had been made. It took a two-year investigation and the threat of subpoenas and public hearings to get major New York agencies to agree to modest minority hiring goals. A little improvement ensued. On average, the 15 agencies involved set a goal of hiring 18% minorities and ended up hiring 25%. “But,” we wrote at the time, “it’s no secret that it was a specific lack of African-Americans in the agency world that drove the investigation. And a closer look at the numbers shows that of the total new minority hires, only about 30% were African-American.”

In fact, according to a 2008 study conducted by economist Marc Bendick Jr., while African-Americans would be expected to make up 9.5% of the professionals in advertising (a number even lower than the 13% in the general population), it turns out they made up only—wait for it -- 5.8%. On the executive and managerial side, African-Americans made up only 3.2% compared with an expected 7.2%.

That study was conducted on behalf of the law firm Mehri & Skalet, which had started to investigate the possibility of a class-action lawsuit. Discussing the industry’s attempts to remedy the problem with internship programs, in-house minority councils and job fairs, attorney Cyrus Mehri said at the time, “What needs fixing isn’t the African-Americans; it’s the white guy running the agency. We want to relentlessly focus on not the excluded groups but the excluding groups, the people who control the power and make the decisions. That’s where people are running into barriers. The leadership has to come from the top.”

I’ve been told plenty of times that it’s Ad Age’s responsibility to do something about the diversity problem. Over the years, we’ve covered it from a journalistic perspective, but after a while, we’re just writing the same story over and over again, complete with the platitudes and excuses.

We now include questions about diversity in our Agency A-List entries. But those numbers are hard to check, when they’re even given. A number of agencies hide behind holding company policies about disclosure of such things. Others like to talk about all the South Americans and Europeans they’re hiring.

And while we’ve made a concerted effort to include more nonwhite faces in our lists of honorifics and on stage at our conferences—and I think we are getting better at it—we’re still going to sometimes find ourselves with a group photo on the cover that doesn’t have a black face in it.

What’s to be done? I’m not quite sure. This is a case in which we don’t really need more data or frank discussion. We need action. Cyrus Mehri wasn’t the only person who’s said the solution has to come from the very top. 4A’s President-CEO Nancy Hill said the exact same thing at the conference this year. And leading female execs including JWT’s Tamara Ingram, Facebook’s Carolyn Everson and AMV BBDO’s Cilla Snowball are pushing forward on this front. There are a number of efforts underway to right this wrong, but this is the sort of problem that can only be fixed by those with the hiring power—and the budgets to do so.

And because they’ve been mobilized and because they’re changing the dynamics of companies and boardrooms, perhaps this new group of leading women—of any race—are the ones to succeed where so many men before them have failed.

I think we really do need data, and I want AdvertisingAge to ask those hard questions, because no one else is asking them.

This editorial is one of the only places I’ve seen the international/multicultural issue addressed. No one, anywhere, has brought up how widespread it now is for American agencies to point to their overseas hires, here on H-1B visas, as proof of “diversity.” As if an Australian CD or a Spanish AD should get them brownie points during Black History Month, or when clients start asking why there’s no one Black on any major Super Bowl campaigns, ever.

Campbell-Ewald had a slew of foreign visa hires but that didn’t protect them from the Ghetto Day issue, or the stampede of clients heading for the door. WPP has even more H-1B hires, and that didn’t stop the Gustavo Martinez black eye from happening, because foreign hire may equal “multicultural” on paper (and holding companies sure like to claim it as a success in their annual reports), but that doesn’t mean diversity. That doesn’t mean agency staff are protected from this happening again and again and again.

So, please. Ask for the data, ask the hard questions.

COUNT how many black female Creative Directors there are at major agencies nationwide. Use LinkedIn, it’s not hard! If the number is less than a dozen, then we (the public, the workers) should know. It’s a good barometer of the industry at large.

Ask who the board members of ADCOLOR are, and who’s paying them. It’s in their public filings with the federal government as a non-profit. Hint: If a holding company is quoting the ADCOLOR Awards they receive in their annual reports as proof of diversity, and quotes those ADCOLOR Awards as proof of why they shouldn’t have to release EE0-1 hiring statistics, then someone should be asking why they are also the biggest financial backer of ADCOLOR, paying for the salary of its leader, and housing it under their own roof.

Ask why advertising holding companies are the one single sector allowed to dodge filing EE0-1 with the government. HINT: No matter how bad you think the numbers are, it’s much, much, much, much, much worse. That’s why they don’t want oversight.

When a holding company says “multicultural professionals make up 18% of their US managers,” ask them to define multicultural, and to break it down into numbers, not percentages. If 95% of that 18% are white women and foreign H1-B hires, we’d like to know that so we can avoid Campbell-Ewald 2.0.

When an agency says they’ve “taken an active role in developing supplier diversity,” don’t let them dodge the details and data. Ask what specific dollar amount (not percentages!) using what specific suppliers. If the program is legit, they’ll have numbers and company names. If it’s not, you’ll soon find out that 100% of the money was spent with the white wives of agency staff who mysteriously opened companies in the last few months.

Find out what specific number of MAIP alum are still in the industry, and in what roles (junior? CD?), 3, 5, 10 years after graduation. Don’t do a broad overview of success stories, COUNT. Get the data. THEN talk to success stories, as well as ones who exited the agency world, and figure out why.

Yes, please, get the numbers. How many African-American managers are there at major agencies in New York? Not janitorial staff, not security staff, not admin. Not interns or technical support staff put on the agency employee page to make it look more multicultural to clients. If your publication can’t find that number, who can? Seriously, go to LinkedIn and COUNT if you have to.

Dive in to why there are more photos of dogs at many agencies than full-time Black staff. COUNT. You’ll see it’s not an exaggeration.

Our industry won’t change until we take a hard look at where we’re starting from. That can’t happen until we get the data and numbers and details. Until then we’re all at risk for more CE and JWT type lawsuits where dozens of people lose their jobs all at once.

I tried to comment on Ad Age and gave up. The process is not set up to easily welcome outside opinions.

I hope Ken Wheaton reads this too: