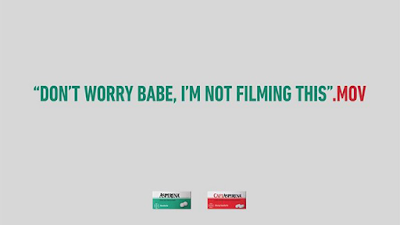 Cannes Lions has its second cringeworthy moment, this time from a Bronze Lion winner.

Cindy Gallop, the former agency exec and vocal women’s advocate, has again brought attention to Cannes Lions ceremony tweeting a photo of the ad and commenting, “Don’t use this to sell aspirin, male-dominated ad industry [and] don’t award it, male dominated juries.”

“We have asked that BBDO discontinue any further use, dissemination or promotion of this campaign,” said a spokesman for Bayer.

He added, “The concept was presented to our local marketing team in Brazil by BBDO as one of several campaigns that the agency intended to submit for this year’s Cannes Lions festival. In order to meet the requirements for submission to Cannes, BBDO paid for limited placement in Brazil. Bayer has not advertised Aspirin through any channel in Brazil for several years.”

A group of female Brazilian creatives brought the ad to Gallop’s attention, who according to Gallop, were “very unhappy about it, particularly given this very recent, high-profile and utterly appalling case in Brazil.” The Brazilian case referenced deals with a 16-year-old girl who was allegedly gang raped by 30 men who also took pictures of her and posted them on social media without her consent.

“Work like this is still being approved and awarded because our industry and especially creative leadership, creative departments and creative awards juries are dominated by men,” said Gallop.

Gallop added: “I am regularly contacted by both women and right-thinking men in our industry, who share with me things that need calling out but which they are too afraid to call out themselves for fear of retaliation (rightly so—I also regularly get stories of such retaliation).”

The Bronze Lion was awarded to AlmapBBDO for three outdoor ads, including the one reference in the tweet as well as two other iterations; “It’s ok, I’m not taking any notes.doc” and “Relax, it’s not like this is being recorded.mp3.”

A spokesman for BBDO referred Adweek to Bayer for comment.

To be fair, Gallop's suggestion is filming sex with CONSENT.

BBDO's ad is about filming sex without someone's consent.

That said, I'm looking forward to the day (if it ever arrives) that she, or anyone in the 3% Conference world, calls out racism in ads as passionately as they do sexist ones. They seem to forget that there are women of color in advertising that get hit with the double-edged sword of racism on top of sexism.

And for the record, I've had just about enough of Kat Gordon holding up teenage black students in America or Indian/Malaysian/Brazilian female creatives in distant countries as proof of "multiculturalism!" when anyone asks about what the 3% Conference is doing about the POC/sexism issue in AMERICAN AD AGENCIES.

Use your power and reach to create a comprehensive list of black female creatives at major ad agencies in the USA. The numbers, if you can get them, will shock you and make the 3% numbers look like 3000% of an improvement in comparison.