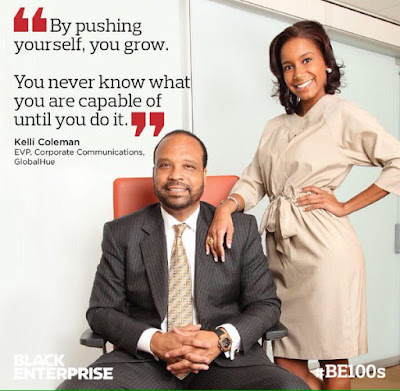 AgencySpy posted that Globalhue has not paid its employees for over three months. Hey, it’s hard to generate cash from crumbs. Are any Black advertising agencies in the black?

New York–based GlobalHue, which has been named the industry’s top African-American agency by AdAge multiple times and designated “Multicultural Agency of the Decade” by Adweek in 2009, has failed to pay its employees’ salaries for more than three months.

Yesterday, founder, chairman and CEO Don Coleman conceded in an email that the agency has been unable to compensate its remaining staffers since March 15 and that their health care benefits expired on April 31. He attributed this extended delay to an unspecified financial issue, writing, “We have over a million dollars that has been held up by my bank over a dispute.”

Coleman, who launched the agency in Southfield, Michigan in 1988, wrote, “This is the first time in 28 years we’ve had this problem. There are a number of reasons why.” He then claimed that the issue would be resolved “this week.” When asked to clarify, Coleman stated that all parties currently owed money by GlobalHue will be paid, including any outside vendors and former employees.

Coleman also wrote, “No office is closing.” On Monday, however, we spoke to the director of business development at a company called Motor City Computer who said that his company had recently been hired to clear GlobalHue’s Detroit-area location of all computers and related electronics in addition to wiping hard drives. He told us that his company completed the work for which it was contracted but that it has not been paid by the agency despite repeated queries. Todd Palmer then said that he had recently begun to post comments on the agency’s Facebook page after he did not receive any response to emails and voicemails regarding the allegedly unpaid bills.

The agency has worked with clients such as Verizon, MGM Grand Detroit and the Bermuda Department of Tourism. Its best-known work in recent years was a 2014 Super Bowl campaign for Jeep starring Bob Dylan, and an article that appeared Crain’s Detroit Business the following week called the campaign “a step to general accounts.”

In March 2015, a FIAT Chrysler spokesperson confirmed that the company had parted ways with the shop, which had been creative AOR on the Jeep brand for more than five years. That statement came several days after an agency spokesperson confirmed that the organization would move its headquarters from Southfield to Manhattan with the Detroit-area location serving as “a smaller satellite office.” Former EVP/chief creative officer and DDB Chicago veteran Vida Cornelious then went to Walton Isaacson, and Chrysler eventually sent the Jeep business to DDB Chicago after telling us that it did not plan to name a new agency of record for the brand.

GlobalHue’s LinkedIn page currently lists its total employee count as 200-500, but multiple sources have independently told us that the number of staffers remaining in New York is approximately 15-20. We also hear, again from individuals who reached out to us individually rather than using the anonymous tip box, that employees have been told not to come into the office in recent weeks. Two sources claim that the only recent exception to that rule involved a day on which team members were told to be present when a Walmart representative visited the New York location.

Regarding Coleman’s note about a banking dispute, a former freelance creative director tells us that the CEO has been making similar statements to current and former employees since January. This CD claims that he began working for the agency last October but has not been paid for his work since mid-January, and he also says that agency representatives no longer respond to any related queries after initially reassuring him that he would eventually be paid. Today he forwarded us an auto-reply that he received on May 18 from former director of finance Christopher Christie. It read, “I no longer work at GlobalHue. Please direct all HR, payroll and benefit questions to [other executives].”

GlobalHue has also recently experienced some changes in its client lineup. In May, a spokesperson for U.S. Bank confirmed that the company had ended its relationship with the organization, which won its multicultural AOR account in late 2013.

“I am very appreciative of my employees who have remained loyal to the agency during this time of disruption,” Coleman wrote yesterday. “And we will be back to normal very soon.”

At this point, I honestly don't think there's going to be any significant minority advertising agencies 5 years from now. It might be like 3 to 5 when they all disappear.

The US Hispanic ones are closing left and right. Brands are either hiring a couple of translators in house to convert General Market campaigns to Spanish, or skipping over the few agencies left to go to cheaper ones in Latin America. Asian-American agencies are hanging on by a thread. Black-owned agencies? We're down to what, Burrell? One single agency?

Remember when Tanner Colby made a big show that the root of all advertising segregation was those pesky ethnic ad agencies, and once they went away everything would be integrated multicultural rainbows and kittens?

Anybody who was at Cannes this year, or hell any year, can tell you how dire the situation is, just by looking for anyone black on the streets or in the rooms. If that's supposed to be the predictor of the direction of the industry, we're beyond the point of any hope.

What IS happening is all of my ethnic friends leaving the industry in droves, giving up because they are frustrated, overlooked, underpaid and living under a constant barrage of blatant and subtle agency racism, and me feeling like I'm the last one who's going to be left to turn out the lights and leave the building.

In this Planet a great idea can be translate to any culture or language. Sorry folks but BS as "We are different" are over. The grandmother is dead and the donkey too.
Rest in Peace.

Yes. True. But why can't we ever close up shop gracefully? Does every AA ad company have to go up in a flaming financial fiasco at the end? It makes us look like we can't manage money better than living a hood rich, ghetto fab baller lifestyle on bad credit when the headline reads "unpaid vendors and employees." (I'm looking at you Commonground.)