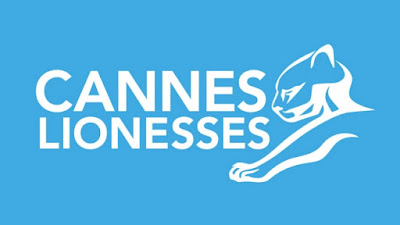 Campaign published a call-to-arms from Cannes Lionesses—an example of diverted diversity worthy of a Glass Lion. Or an ADCOLOR® Award, at least. “The lack of senior female creative blights the industry and affects the work,” declared the Cannes Lionesses. “Without them the work simply does not represent the diversity demanded by today’s society. And that’s not what our clients want or what our consumers need.” Of course, the womanifesto does not extend its convictions to racial and ethnic diversity. Given that the predominately White women comprising the organization have likely done little to nothing to promote real diversity throughout their careers, this grand endeavor seems a tad narcissistic and hypocritical. The Lions and Lionesses could benefit from inviting a few Black Panthers too.

Cannes Lionesses hunt first females to take on the Lions

A lot of heat — but not a lot of light — has been generated by the gender diversity debate in advertising.

It is right for us as an industry to bemoan the lack of agency female representation, particularly in creative departments.

But we must do more

The lack of senior female creative blights the industry and affects the work. Without them the work simply does not represent the diversity demanded by today’s society. And that’s not what our clients want or what our consumers need.

The time has come to point out the obvious and truly celebrate female creativity; to ram home the reasons as to just why it is vital that the industry is more gender representative; to inspire the women who we hope will follow in our footsteps in ever increasing numbers.

Too few of us consider a career in creative, put off, perhaps, by its reputation as a “Mad Men” all boys club instead of championing our inner Peggy Olsons. Too many find it a struggle too far to clamber up the industry’s greasy pole and land those coveted senior creative roles. It’s not about tokenism; about employing or promoting women for women’s sake. It is more, much more, than that — about realising that an industry with too few senior females on board is missing out on so much. With more women that matter involved in creating advertising, the creative bar is set higher for everyone, men, women, clients, agencies and — ultimately — the consumer.

So where better to lead the charge than at the Cannes Lions International Festival of Creativity, the world’s most prestigious and publicised celebration of advertising (and more)?

For the second year running, two creatives at Mcgarrybowen London are proud to host the Cannes Lionesses — a website that celebrates and champions female creativity.

This year we’re going large — broadening and expanding the site to get even more women involved in the conversation.

By shining a light on brilliant and award-wining creativity we hope to shift the dial from the 267 female Cannes Lions winners last year (from a pool of thousands) to something rather more representative.

Our mission, in fact, is to seek out those first ever female creatives to strike Cannes gold.

The ambition of the website www.canneslionesses.com is to document all of the Cannes Lionnesses to have picked up metal from the festival’s launch in 1954 to the present day.

We will film this year’s crop of female Cannes winners and are sharing interviews with high profile winners from previous years and from across the globe.

Grey’s Vicki Maguire, Kate Stanners of Saatchi & Saatchi and Rosie Arnold, soon to join AMV BBDO from BBH, are among the (too few) female luminaries to be involved from the UK.

By offering advice and career tips to today and tomorrow’s crop of female creatives we hope to inspire women to push for their rightful places at Adland’s top tables.

But we can’t do it alone. We want — need — the advertising and wider marketing industries (including, yes, men) to join the conversation by using the hashtag #canneslionesses on social channels. We need them to get their rolodex out, ask their old boss to search out the first female Lions winners from back in the day and help us make the list complete.

What's frustrating about this White Women First diversity movement is how they've completely co-opted the diversity discussion in America, and it's now leaking into the UK.

Look around any major ad agency and there's no shortage of women. They may not be in the highest and most well paid positions, but they are through the door and have been for years.

It's these white women, already through the door, who never cared about there being few people of color in the room to start with, who are now gobbling up more space and time and resources for themselves. They're the ones getting hired, getting promoted, and getting splashed all over the press for the last several months, celebrated as diversity triumphs.

We're left with agencies that have very few black or brown faces. Because there's no reason for agencies to take ethnic diversity into account (why should they, when they can just hire white women grab their diversity accolades for doing so?), that doesn't look likely to change any time soon.