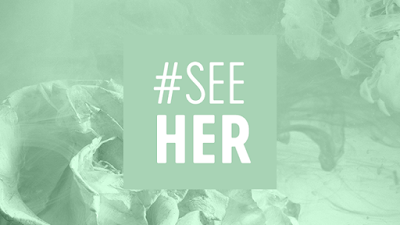 Adweek reported on the latest diverted diversity dung heap from the ANA, whereby the trade group is launching an initiative designed to create more accurate depictions of women in the media. According to Adweek, the effort will include providing advertisers and advertising agencies with “tool kits to score their creative to make sure it accurately portrays women and girls, and encourage brands to review their ads for unconscious bias.” Okey-doke. First of all, what makes the ANA an authority on portraying women—or anything else, for that matter? Hell, ANA President and Chief Executive Officer Bob Liodice can’t even portray himself without producing an embarrassing mess. Will agencies that effectively utilize the tool kits also win free certification from The 3% Conference, as well as gain eligibility for a Glass Lion at Cannes? Wonder if this latest faux philanthropic endeavor will be more successful than the Army for diversity.

The clichéd, sexist portrayals of women and girls in advertising just took another blow from the ANA’s Alliance for Family Entertainment (ANA AFE). On Thursday, the organization announced the launch of #SeeHer, an initiative that aims to create a more accurate portrayal of women in the media. The goal is to see a 20-plus percent increase in the accurate portrayal of women and girls in ads by 2020, the 100th anniversary of women gaining the right to vote in the U.S.

More than 50 marketers met at the White House to announce the initiative at the United State of Women Summit in Washington, D.C.

Through #SeeHer, the ANA AFE will provide marketers, ad agencies and media agencies with tool kits to score their creative to make sure it accurately portrays women and girls, and encourage brands to review their ads for unconscious bias. #SeeHer also includes a data-tracking Gender Equality Measure to identify advertising that supports girls and women, and a website where consumers can see ads that reflect the initiative’s message.

“The right advertising environment for women can improve ad effectiveness by as much as 30 percent, so there is a business imperative to truthfully and accurately portraying women and girls. More importantly, it’s the right thing to do,” said Bob Liodice, CEO of the ANA, in a statement. “We’ll know that our job is done when every CMO and agency CEO associated with the ANA never produces an ad that diminishes the role of girls or women in our society.”

Industry leaders including Gail Tifford, vice president of media and digital engagement at Unilever North America, and Shelley Zalis, CEO and founder of The Girls’ Lounge, are partnering with ANA AFE on the effort. “We need to be conscious of our unconscious biases and ensure the visibility of women and girls in media and advertising is authentic and inspiring, because we believe if you can see her, you can be her,” Zalis said in a statement.

In January, the agency Badger & Winters introduced a similar initiative, #WomenNotObjects, which aims to combat ads that objectify women and fight sexism in advertising.

Can someone give an estimate of how many years until ethnic diversity in ad agencies gets addressed? I'd really like a firm idea of how much more we're supposed to wait as white women, white girls, white everything but color gets its day.

I don't know how much more YAY DIVERSITY! talks and workshops and social media campaigns I can take that are 99.9% focused on benefits to white women. Then on the rare occasion anyone talks about multicultural diversity, we get foreign hires shoved in our faces instead.

Diversity talk is in the air at the Cannes Lions. It will be interesting to see how much is gender diversity, and if there is any space made to talk about ethnic diversity.