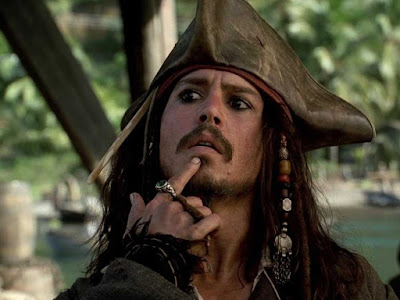 Adweek reported IPG and Omnicom signed a pledge to fight digital piracy, joining Publicis Groupe and WPP, who signed the pledge last year. To put the noble act into perspective, the four holding companies also pledged to embrace diversity over a decade ago, and minority representation in the advertising industry has not measurably increased at all. The Four Stooges make pirates look like model citizens.

They join WPP and Publicis in fighting copyright infringement

According to the Trustworthy Accountability Group (TAG)—an industry group founded to combat ad fraud—Interpublic and Omnicom have signed TAG’s anti-piracy pledge to prevent ads from showing up on pirated or copyright-infringing websites. The pledge, signed last year by Publicis and WPP, commits the companies to using services that meet TAG’s requirements for preventing ads on pirated content. Also among the newest companies to sign the pledge are Google and GoDaddy.

An IAB study released in November found that advertising and pay-for-content revenue loss as a result of digital piracy can add up to around $2.4 billion a year. Content on pirated sites varies from videos, live events, music, video games and text.

According to TAG CEO Mike Zaneis, the additions mark a “really major step forward” for the anti-piracy program. He said the dozens of companies that have signed the pledge provide scale with the billions of advertising dollars going through TAG’s approved anti-piracy software.

“They know that their ads aren’t going to show up in these pirate sites,” he said in an interview. “They’re not going to have these types of adjacencies to criminal activity and their ad dollars are not going into the pockets of criminals. So it’s immeasurable increase in trust.”

Omnicom was one of the founding partners of TAG, helping to fund the organization when it was getting started in 2015. In an interview on Thursday morning, Omnicom Digital CEO Jonathan Nelson said piracy and fraud are “huge issues.”