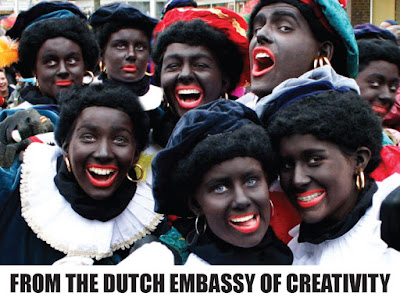 “In the United States, if you’re not doing multicultural marketing, you’re not doing marketing,” said P&G chief brand officer Marc Pritchard during a panel discussion at the Dutch Embassy of Creativity. Pritchard noted that he’d like marketers to find a way to measure racial equality in their ads, similar to the ANA’s SeeHer movement for gender equality.

P.S., Is the Dutch Embassy of Creativity run by Zwarte Piet?

Hear that grumbling? It's all the minority creatives and copywriters that lost their jobs at multicultural agencies when P&G consolidated to save money, got contracted at P&G's white shops that magically developed "Total Market" capabilities overnight (hint: THEY LIED) and were tricked into thinking they'd get to participate in creating real P&G ads.

Instead, if you read Fishbowl or talk to anyone who works on those accounts, they get to adapt some crumbs now and then after the white teams do the real work, or poke their heads into client meetings so that P&G thinks they're getting a multicultural team (hint: THEY'RE NOT).

So no, P&G doesn't get to jump on the diversity bandwagon now that it's convenient for them, when they're the ones that decimated it in the first place.