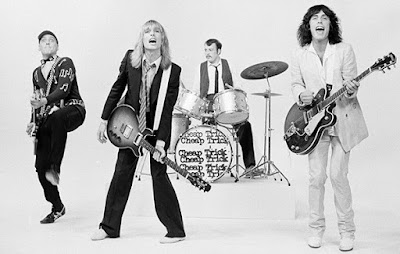 Adweek published a perspective from Ogilvy Worldwide Chief Diversity and Inclusion Officer and Worldwide Chief Ethics Officer Donna Pedro and Ogilvy Worldwide Chief Communication Officer and Managing Director of the Media Influence Team Jennifer Risi, wherein the diversity dynamic duo presented another bland rant inspired by the latest ColorComm soiree. The editorial title declared, “Talk Is Cheap,” and the two executives urged the industry to take action and embrace inclusivity. Sorry, but Pedro and Risi should know that—when it comes to diversity in adland—talk is not cheap. White advertising agencies throw a lot of money at Chief Diversity Officers, minority internship programs, inner-city recruitment, ADCOLOR® and other ineffective solutions. And even more loot is flowing to initiatives benefiting the promotion of White women. Plus, it ain’t cheap to send officers to ColorComm conferences in Maui. Granted, the typical diversity budget doesn’t match the average award shows budget. But in the end, the ruling majority doles out dollars to talk about diversity, while doing next to nothing to actually achieve it.

By Donna Pedro and Jennifer Risi

In recent weeks, several different incidents across the country, from a local Starbucks to an Airbnb rental, have once again cast a national spotlight on the implicit bias challenge facing us as a nation today.

For brands and their consumers, the struggle is just as real. Diversity in advertising—and even more broadly, the communications industry—is an issue that has been on everyone’s lips for the better part of the last two decades. However, only in moments when brands “miss the mark” does it force our industry to look in the mirror and fess up that we have a long way to truly build a culture of inclusion.

The ad industry, for example, has faced its own inequity reckoning over the past few months. Women make up over half of the employee base of the marketing and communications industry today yet hold less than 10 percent of leadership positions. The pay gap exists across the world in the industry; in particular, a recent report showed a median gender pay gap of 18.4 percent across the U.K. in the industry. And it’s not just an industry issue. At large, manager and senior executive roles in the private sector are still 86 percent white and 70 percent male, according to the Equal Employment Opportunity Commission. These data points should set off alarm bells for leaders who understand the bottom line benefits of diversity.

The truth exposed in every campaign or ad that falls short is that trying to be inclusive and portray diversity when we as an industry are not truly diverse at our core creates an insurmountable challenge.

The intent in many of these failed ads is admirable, particularly from provocative brands who dare to take on the issue of diversity in all shapes, shades and sizes. But especially in today’s hypersensitive, tension-filled climate, we will continue to stumble if we don’t have a workforce that accurately represents the audiences we want to engage. We shouldn’t need a moment of crisis to make that clear.

As Andrew McCaskill, senior vice president, global communications at Nielsen, said earlier this year about diversity (or lack thereof) in PR, “the only people who … really understand how big the diversity problem is in PR are the people of color.” That has got to change. On this issue, the marketing and communications industry needs to move faster, we need to think bigger, we need to do better.

Creativity cannot thrive in an echo chamber. This moment represents an opportunity for leadership across agencies and other media and communication companies to step up.

As consumers, we also have a role to play. We need to drive change by complementing outrage with input. If we don’t like it, it’s an opportunity to challenge, not boycott, brands that show a real interest and commitment to inclusivity and showcasing diversity in all its forms. Share our ideas, start an actionable dialogue. We should criticize—we must—but it should be constructive. See Starbucks, for example. The company sacrificed millions by shutting more than 8,000 stores across the country for racial bias training, not an expense but as an investment in its people, way of life, culture and values, according to Howard Schultz, executive chairman at Starbucks. It was one day and certainly not enough to fix the problem, but it’s a good faith effort that shows consumers that they too can help drive this inclusion revolution. Yes, embracing imperfect allies isn’t easy—but then again, no real change ever is.

This week in Maui, an impressive roster of industry luminaries and next generation leaders are attending the 2018 edition of the ColorComm Conference, the annual conference hosted by ColorComm, an organization founded in 2011 to advance the visibility and accomplishments of women of color in communications, marketing, advertising, media, digital and more. Issues of representation, unconscious bias, pay equity, fairness and safe workplaces will be top-of-mind among the speakers and guests from across the media landscape.

The themes and values that will be discussed at ColorComm are vital for all communications and media companies. Achieving true equality and representation is the right thing to do, but it also makes business sense. An industry that is predicated on connecting with consumers can’t effectively do so without a diverse workforce. Perspectives from every gender, race, ethnicity, and sexual orientation are crucial to creating communications that speak authentically to every consumer.

When change is needed, it is often said that change will not happen overnight. It’s time we retire that phrase. While it might be technically true, saying so allows us to kick the can down the road and make incremental or cosmetic changes. Lasting, systemic changes are needed to achieve equality and representative diversity in every professional rank, and tangible actions can be taken now in order to do so.

The time for talk is up—it’s time for action.

Mostly I feel bad for these Chief Diversity Officers. They get hired thinking they're going to be able to change things, then find out they have no personal hiring abilities, no clout, no weight, and no say in who really gets the job in the end.

It has to hurt to see that the only people making diversity progress in their agencies are white women.

It has to hurt to constantly put together events like diversity workshops and training sessions and match making events etc. and the only outcome is that it gets used by the ad agency or holding company to prove to the public and shareholders that they care about diversity (even though they obviously don't or they'd hire some POC instead of talking about diversity in vague ways all the time with no action).

At the same time, they're not helping things with bland ineffectual diversity drivel commentaries like this one in Adweek, where they obviously put together a few hundred blah words just to justify a trip to Hawaii. I wish they'd get the green light to actually hire, promote and retain POC talent instead.