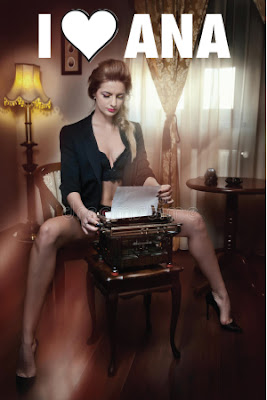 Adweek reported on another divertsity display presented at the Cannes Lions Festival of Creativity: #WriteHerRight sponsored by the Association of National Advertisers. The new initiative is designed to erase gender stereotypes and ensure authentic depictions of women in advertising. The stunt has the support of major advertisers including AT&T, Coca-Cola, Ford, General Motors, Johnson & Johnson, Kellogg, L’Oréal, PepsiCo, P&G, Verizon and Walmart. In short, #WriteHerRight is another example of lazy and biased prioritizing. That is, racial and ethnic inequality in adland is a much bigger problem than gender inequality. Yet patronizing organizations like the ANA opt to promote White women with quotas, deadlines, omnichannel programs and hearty backing from top clients. For minorities, the ANA uploads homemade videos and assembles an “army” that ultimately showed all the aggressiveness and might of The Salvation Army. The latest effort is reportedly finalizing the development of “a dedicated metric focused on the portrayal of multicultural women in storytelling”—demonstrating again how people of color take a back seat on the White women’s bandwagon. Plus, how will the “dedicated metric” record stereotypical portrayals such as Annie the Chicken Queen, the Pine-Sol Lady, the Honey Bunches of Oats Lady, Aunt Jemima, etc.?

#WriteHerRight pledge has support from major brands including P&G, PepsiCo and Walmart

CANNES, France—The Association of National Advertisers’ SeeHer movement, which formed in 2016 as an advocate for gender equality in ads, unveiled a new program to ensure storytellers have the means and knowledge to depict women in authentic ways, and major brands including Walmart, Microsoft and Procter & Gamble have pledged their support.

With #WriteHerRight, the ANA’s SeeHer created a platform to fuel discourse on gender inequality in storytelling with showrunners, actors and network executives—putting the issue in front of those who can facilitate change, Stephen Quinn, ANA’s SeeHer chair and former CMO of Walmart and PepsiCo, announced during a Cannes Lions presentation.

The ANA noted in a statement this initiative highlights an expanded partnership between SeeHer, content creators and media partners to drive more accurate portrayals of women in ads across all platforms. The #WriteHerRight platform will also partner with 2018 Adweek Disruptor Alma Har’el’s Free the Bid to help it place more female directors behind the camera and therefore reduce unconscious bias in storytelling, according to Quinn.

“The average age, race and body type of the women depicted in content today represent just a small fraction of the female population,” Dr. Knatokie Ford, SeeHer advisor on STEM & Entertainment Engagement, said in a statement, “That means most women and girls have likely never seen themselves reflected in the media.”

SeeHer’s research shows that unbiased ads increase return on investment by 30 percent, and 90 percent of parents have reported their number one concern with TV shows is the lack of authentic role models they see for their daughters.

As part of the #WriteHerRight outreach, SeeHer produced a “tip sheet” for storytellers featuring statistics on media representation and a list of 10 questions designed to raise awareness and diminish unconscious bias. SeeHer said the sheet was derived from a recent event the group hosted with television writers. It will be distributed to showrunners and SeeHer’s network partners.

SeeHer added that #WriteHerRight will specifically showcase TV writers who have developed strong female characters, void of stereotypes. An interactive #WriteHerRight blog will also be deployed on SeeHer’s website in the coming months to serve as a forum for writers to share their advice on how exactly to write women accurately into stories.

After the unveiling of #WriteHerRight, Quinn told Adweek during a phone conversation from Cannes that he is “excited and surprised” by the support he’s received so far today from producers, writers, showrunners and others in the media industry.

“I didn’t know what kind of reaction we would get,” Quinn said. “We thought some [critics] might be like ‘we don’t need you to tell us how to produce our content’ … which we’re not.”

In an additional statement, Quinn explained, “We are not looking to control creativity or solicit story ideas. We believe that by inviting storytellers to join our movement, we are that much closer to the day when all the images that women and girls see in the media not only mirror the real world but reflect a society they want to live in—and that is good business.”

Quinn said SeeHer measures gendered stereotypes in storytelling by rating content, including ads and TV shows, against its “Gen score” metric. He added that broadcasters, publishers, media agencies and other member organizations have “adjusted their content” based off SeeHer’s findings.

The organization is in the final stages of developing a dedicated metric focused on the portrayal of multicultural women in storytelling, as well, Quinn added.

SeeHer has the support of more than 70 sizable brands including AT&T, P&G, CVS, Coca-Cola, Kellogg, Georgia-Pacific, Ford, General Motors, Verizon, PepsiCo, L’Oréal, Johnson & Johnson, Microsoft, Walmart and Weight Watchers. According to the ANA, this is the first time in which U.S. advertisers have united to address the issue of gender-biased storytelling.

“At Weight Watchers, we aim to inspire healthy habits for real life, which means representing people and life authentically, reflecting diversity of the community we serve,” Gail Tifford, SeeHer co-founder and chief brand officer for Weight Watchers, said in a statement. “We believe content creators and brands are all storytellers and that the tools provided by SeeHer can move us from being aware of biases to actively making changes to be more inclusive.”

In an Adweek contributor piece, P&G chief brand officer Marc Pritchard explains his rationale for supporting SeeHer and #WriteHerRight in depth. P&G has come out with some of the best examples in recent years of ads that authentically showcase female characters including the “#LoveOverBias” iteration of “Thank You, Mom” from Wieden + Kennedy and “The Talk” from BBDO New York.

SeeHer launched in 2016 in partnership with the Female Quotient with the goal to see a 20-plus percent increase in the accurate portrayal of women and girls in ads by 2020, the 100th anniversary of women gaining the right to vote in the U.S.