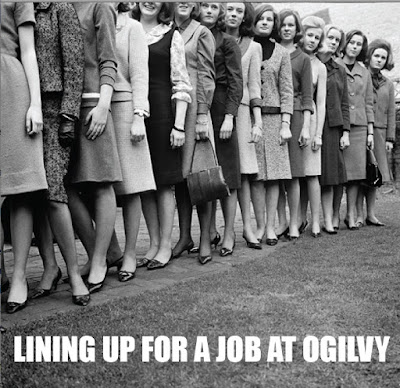 Adweek reported Ogilvy staged a PR stunt at Cannes, declaring the company would hire 20 women into creative leadership roles by 2020. Plus, the White advertising agency will allow Kat Gordon and The 3% Movement to monitor the progress, undoubtedly also leading to tax-deductible donations to the White women’s group—as well as more PR opportunities for all patronizing parties. The self-promotional act is similar to Omnicom President-CEO-Pioneer of Diversity John Wren vowing to double the number of female creative leaders at BBDO in 2016. It’s funny how no one bats an eyelash when quotas are introduced to boost White women. Yet applying numerical goals to increasing the representation of colored people is met with outrage and resistance. Ogilvy and Gordon added faux inclusiveness to the scheme by claiming the Ogilvy empire is “going to be developing a pipeline for senior women of color globally and making key hires in the next 24 months.” Again, there are no specific details or figures attached to the planetary plot for non-White women. Expect the agency to promote an administrative assistant in Bangladesh and declare, “Mission Accomplished!” Ogilvy Worldwide CCO Tham Khai Meng gushed, “We are big believers in metrics. And the big reason we have to put our heart and our head and our gut to this and commit to this publicly is [that] we want this to be measured.” Okay, but the man is ignoring the metrics of a 2017 Cannes study that showed these exclusive maneuvers—which are falsely heralded as fostering diversity—do not benefit women of color. In the end, culturally-clueless con artists like Khai and Gordon will collect multiple Glass Lions before true diversity is addressed in adland.

Announced at Cannes, the goal will be monitored by 3% Movement

CANNES, France—Saying that there’s often much talk but little accountable action on gender balance in the creative industry, Ogilvy’s global creative chief announced today the agency network will hire 20 women into its highest-level creative roles by the end of 2020.

At the Cannes Lions International Festival of Creativity, Tham Khai Meng, Ogilvy’s worldwide CCO, said in addition to the commitment to hire women into 20 “senior creative roles,” the network is “going to be developing a pipeline for senior women of color globally and making key hires in the next 24 months.”

While Ogilvy did not release a specific set of titles that it will consider senior creative roles, the agency did send this statement to Adweek: “We define senior as executive/senior-level managers. This category is reserved for the highest level within the organization. This level includes individuals who plan, direct, formula policies and set the strategy.”

Khai said the agency is already in discussions with three women for these high-level roles, but he did not identify any by name.

Helping monitor the agency’s progress toward the goal will be the 3% Movement, one of the industry’s most high-profile groups advocating for gender balance in agencies—especially in creative roles. The organization’s name stems from the time of its founding, when only 3 percent of creative directors were women.

“We are big believers in metrics,” Khai said. “And the big reason we have to put our heart and our head and our gut to this and commit to this publicly is [that] we want this to be measured. That’s why we’re partnering with Kat (Gordon) and the 3% Movement.”

“We’ll keep you honest,” said Gordon, who joined Khai and other Ogilvy leaders for the announcement at a discussion on diversity at Cannes.

Gordon said she was especially glad to see the agency’s commitment to creating a better pipeline for minority women to advance in the network and in the industry at large.

“Diversity is not a headcount issue,” she said. “If you hire a bunch of women or leaders of color and they don’t feel they belong and are prized, they’re going to leave. And I don’t want to see that happen at Ogilvy or anywhere.”

Ogilvy New York creative director Della Mathew, who attended the announcement, said she was proud of the agency’s commitment, which she sees as a starting point.

“I think it’s amazing,” Mathew said. “You have to start somewhere. If 20 is the number we’re going to start with, then we start with 20. Making the move to make the commitment is what is impactful and meaningful.”

I think, based on how the industry usually works, we can guess how the "20 women hired" will break down.

12 of them will be white women, including older returnship women, LGBTQ women and/or moms whose presence will be trumpeted as proof of diversity.

8 of them will be foreign women on visas of some sort, who may be of color but are part of the upper class elite in their countries of origin. They'll leapfrog over any native, local BAME/POC candidates yet their presence will be trumpeted as a great accomplishment for minorities.

2 will be actual women of color, but they'll be Chief Diversity Do-Nothing Officers or Cultural Experience Officers with no hiring or creative responsibilities.