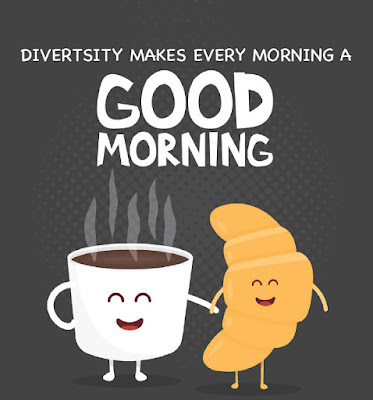 Adweek published a pre-Cannes Q&A session with IPG SVP Chief Diversity and Inclusion Officer Heide Gardner and Deutsch LA President Kim Getty, who droned on about diversity and divertsity, respectively. This is quite the odd couple. Gardner has served as IPG Chief Diversity and Inclusion Officer for nearly 15 years, while Getty’s agency dumped its Chief Diversity Officer about two years ago. Gardner tries to inject intersectionality into the global discussion, while Getty probably has no idea what the term means. The two spoke about the IPG breakfast held annually at the Cannes Lions Festival of Creativity featuring Tarana Burke and Gloria Steinem, which introduced more odd couples into the equation. Also on the breakfast agenda: Weber Shandwick President Gail Heimann and The New York Times General Editor Jessica Bennett, along with the unveiling of a propaganda campaign from MullenLowe for the Unstereotype Alliance. Wow, that’s a lot to digest during breakfast. It’s a safe bet the content didn’t stay with attendees much longer than the coffee and croissants consumed. Yet that won’t stop IPG from promoting the event as more evidence of its faux commitment to diversity and inclusion. Bon Appétit!

IPG is continuing conversations around diversity and inclusion, leading the way for those on the MeToo movement to be sparked at the 2018 Lions festival by inviting a lineup of powerhouse female leaders to drive hard discussions on these topics at its eighth-annual Cannes breakfast.

This year’s program, “Women at Work,” will celebrate “sheroes” who have led the industry to change. Notable speakers will include Tarana Burke, civil rights activist and founder of the #MeToo movement; Gloria Steinem, writer, lecturer, political activist and feminist organizer; and The New York Times general editor Jessica Bennett, who will present research on the use of diverse imagery in media during a conversation called “You Can’t Be What You Can’t See.”

IPG chairman and CEO Michael Roth will host the breakfast with an introduction by Gail Heimann, president of the holding company’s public relations arm, Weber Shandwick. Heimann worked with Mattel to launch its line of “Shero” Barbies which featured Fencing champion Ibtihaj Muhammad, the first Muslim-American female athlete to win an Olympic medal. Muhammad will also be on the panel.

During the “Women at Work” portion, IPG will unveil a public service advertisement created by MullenLowe for the Unstereotype Alliance, a global effort aimed at diminishing stereotypes in advertising. Roth is vice chair of this movement, which was first formed in Cannes last year.

The following interview has been edited for length and clarity.

Adweek: How are you looking to bring topics around diversity, inclusion and the #MeToo movement to a global audience?

Heide Gardner: This event is a continuation of the themes we’ve been surfacing for several years now. So last year, we started to talk about intersectionality, and this year, with Gloria Steinem and Tarana Burke, we are continuing the conversation, even about #MeToo and Time’s Up Advertising from an intersectional standpoint. This event isn’t just focused on those two movements; it’s also a platform for us to at least reinforce awareness around the Unstereotype Alliance. So I think we’ll do a good job in connecting the dots globally.

Kim Getty: The #MeToo movement is a global movement. Women in over 85 countries are using that hashtag, so we do anticipate global connections to the idea.

But surely every country has their differences when it comes to stereotypes and these types of issues. Are there any challenges you face in approaching them on a global scale?

Is it frustrating that you do have to keep having these discussions around diversity?

Having said that, the industry, I believe, is at a pivotal moment where we have more momentum. We have women leaders who have stepped up and said, “Move over, everybody else.” We’re going to drive the train not just to address sexual harassment, not just for the benefit of women—we’re talking about changing agency culture so that everyone can thrive. That’s new. And in this case, Gloria Steinem has a wealth of insight, experience and understanding of how you make a movement work. So our whole intent there is, yes, you repeat the conversation, but you take it to a higher level based on informed reflection.

Getty: At our best, we’re all constantly striving to get better. That’s what Cannes should be about—making our industry better, making our agencies better, not drinking rosé. I just can’t imagine a more important area of focus than working on these issues together. That’s why I’m really excited for this breakfast and this conversation.

Gardner: I’m going to piggyback on that—we’re doing this because we’re frustrated. This is a constructive way to deal with the frustration.

Can you discuss some of the obstacles you overcame as minorities in the ad industry and how it feels presenting at such a big event for IPG at Cannes today?

Gardner: My greatest obstacle has never been being a woman. It has been being black. And my frustration—and that of many women of color in this industry—is that the agenda for inclusion and gender equality has largely ignored race and ethnicity. I am absolutely blessed that IPG’s leadership are woke to this, and work with me to use our platforms to say what needs to be said.

What do you hope young women take away from seeing you guys doing this?

Gardner: What I want young women to take away from my example is that you can and absolutely should use whatever influence you have.

Getty: I want young, talented women to feel confident shaping their workplaces and the work they create through their authentic individual lenses. It’s the biggest opportunity we have to unlock more creativity in our industry.