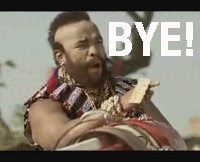 From The Human Rights Campaign Foundation…

WASHINGTON – The Human Rights Campaign Foundation, the nation’s largest gay, lesbian, bisexual and transgender civil rights organization, learned today that Mars Inc. will pull a controversial television advertisement for Snickers following communication between the HRC Workplace Project and Mars, the parent company. The ad features a man whose appearance and actions – speed walking in an exaggerated manner – conjure up stereotypes of gay men. The man is then ridiculed by Mr. T who appears shooting Snickers bars out of a gun and admonishing the jogger to be a “real man.”

“Following conversations between the Human Rights Campaign and senior Mars representatives, the company has agreed to pull its most recent ad using stereotypes of gay men to sell its Snickers product line. HRC applauds Mars for taking swift and appropriate action.

In 2007, another distasteful Snickers advertisement was aired during Super Bowl XLI. The company subsequently pulled the ad. Following that, HRC began a constructive dialogue with Mars on workplace inclusion for GLBT employees. We were of course surprised to see the company return to the same practice it had just recently rejected.

These kinds of ads perpetuate the notion that the gay, lesbian, bisexual and transgender community is a group of second class citizens and that violence against GLBT people is not only acceptable, but humorous.

We are hopeful that Mars will make the necessary changes in their organization to ensure this does not happen yet again.”

The Human Rights Campaign Foundation is America’s largest civil rights organization working to achieve gay, lesbian, bisexual and transgender equality. By inspiring and engaging all Americans, HRC strives to end discrimination against GLBT citizens and realize a nation that achieves fundamental fairness and equality for all.
Posted by HighJive at 10:25 AM

didn't realize so many gay men and women engaged in race-walking.

excellent use of resources and time by all!

Utter silliness. I thought the Super Bowl commercial was goofing on homophobia.

"The ad features a man whose appearance and actions – speed walking in an exaggerated manner – conjure up stereotypes of gay men."

By reacting in this way, the HRCF seems to confirm the stereotypes. Or at the very least accept them as a way to depict gays.
They need to think that over.

The commercial just shows some man running in a silly and unmanly fashion. And if gay people see themselves in that image, they oughta overthink their walking as uneffective or plain stupid. Because no normal thinking man or woman (and yes, I think of gays and lesbians as normal people, too) would walk that way. So it's just making fun of some stupid fellow.

Dude, you Americans really got issues and no sense of humor. God bless the British for those properly funny ads.

By reacting in this way, the HRCF seems to confirm the stereotypes. Or at the very least accept them as a way to depict gays.

I'm afraid I don't follow. So acknowledging that certain stereotypes exist - and then emphatically saying that their use in advertising is not acceptable - somehow confirms the accuracy of a stereotype?

Even if you meant to write "perpetuates the stereotype," you'd still be wrong. It's not acceptable to use Amos-N-Andy type imagery in ads today, nor is it acceptable to portray Jews as money-grubbers with big noses. That's because the people on the receiving end of those stereotypes decided they had had enough of being reduced to offensive caricatures and demanded that it stop. The fact that some people persist in using those stereotypes has nothing to do with the fact that their targets complained about it.

The fact that gays are often portrayed as "swishy" is no different. And anyone who doesn't think this ad was designed to play off men's homophobia ("oh noes! someone will thing I am Teh Faggort if I look like that guy - better eat a Snickers right now!!!") is pretty ignorant - at best.