Adweek presented an IHOP commercial from a new campaign by Droga5 that features the tagline, “Pancakes Pancakes Pancakes”—and the spot is painful painful painful to watch. Didn’t the restaurant chain revise its name to IHOP in order to de-emphasize the pancakes and promote the broader menu? Whatever. There’s so much to hate about this work, from the script that feels like it was written by an intern to the unappetizing food photography to the comedy-killer visual of a plane crashing into the restaurant. Adweek reported the director behind Old Spice and DirecTV campaigns shot the pitiful pitiful pitiful commercial, which clearly demonstrates that A-level production vendors can’t save a bad concept. 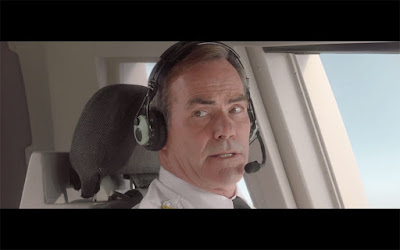 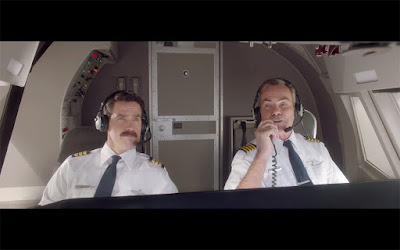 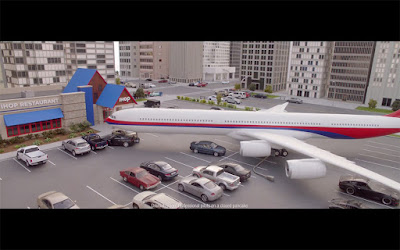 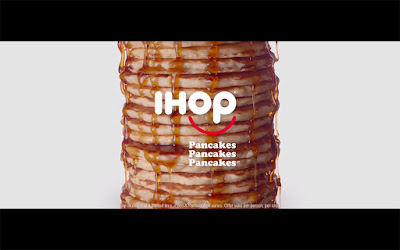 Droga5 brings some offbeat humor to the usually more buttoned-up IHOP in its first ad for the brand, directed by absurdist master Tom Kuntz, that features two airline pilots who can’t think of anything but pancakes.

The 30-second spot kicks off IHOP’s 60th year in business and focuses on the return of what IHOP says is its most requested promotion: All You Can Eat Pancakes for $3.99.

The ad marks a shift in tone for the Glendale, Calif.-based company, which had been using more traditional themes in its advertising, including everyday moments in its restaurants. A campaign from prior agency Campbell Ewald, tagged “Eat up every moment,” featured lots of food shots, comedic but still staid plots, and voiceovers from actor Jason Lee.

“IHOP is a brand that’s always got pancakes on the brain, and believes that everything would be better if it were all just about pancakes,” Scott Bell, executive creative director at Droga5, said in a statement about the new work. “Knowing this was the mind-set, our priority going into this new integrated campaign was to capture this simple truth with three words: Pancakes, Pancakes, Pancakes.”

“The love people have for the IHOP brand, and especially for our pancakes, was the natural launching pad for our new advertising campaign and the basis for its rallying cry of ‘Pancakes Pancakes Pancakes,’” said Brad Haley, chief marketing officer at IHOP. “The Droga5 team has had a lot of fun with it, and we’re incredibly excited to see the campaign come to life across every channel.”

Droga5 won the IHOP business in November, beating 72andSunny in a review.

MZJ director Kuntz has worked on scores of wacky ad campaigns through the years, from Old Spice’s “The Man Your Man Could Smell Like” spot to DirecTV’s “Cable Effects.”