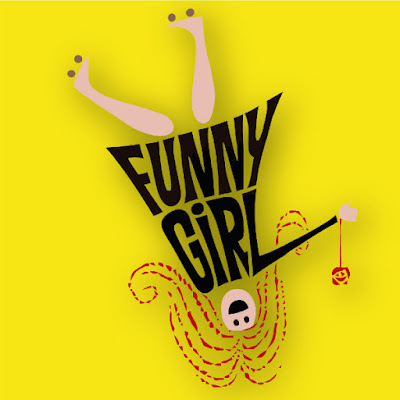 Campaign presented divertsity drollery from Grey London Co-Chief Creative Officer Vicki Maguire, who advocated for more female comediennes in advertising. Of course, there was no acknowledgment of Annie the Chicken Queen, The Pine-Sol Lady or the Honey Bunches of Oats Lady.

Why funny women should take the lead in advertising this year

There’s a wealth of female comedy talent out there, so let’s tap into it and inject some humour back into our creative output, says Grey London’s creative chief.

It’s 2018 and advertising isn’t quite what it used to be. You can’t call your PA “sugar tits” or hire your talentless son. You can’t have a post-pitch grope in the edit suite or make the occasional racist joke “just for bantz”.

HR is preventing you from recruiting from your alma mater and one woman on the board isn’t good enough. There’s no more pinkwashing a scam ad in case they find out you pay women less than men, and no-one good will work with you because word’s got around that you’re a misogynist prick who can’t keep his hands to himself.

Oh, well, at least you can have a laugh. Funny ads are back in fashion, after all. But all your go-to guys for funny, like Kleinman and Linehan, are busy and Peter Kay is still trotting out “garlic bread”. What to do? You could go for something cute and furry instead. Kittens? Been done. Meerkats? Also done. Or just cute — women? Minefield. How about funny women? Now, that’s not been done for a while.

When it comes to women, the ad industry is still clueless. Research from The Geena Davis Institute on Gender in Media last year showed that in advertising women are “humourless, mute and in the kitchen”. The Museum of Brands has charted women’s evolution in ads in six dismal stereotypes: Domestic Obsessive, Selfless Nurturer, Sex Object, Unattainable Goddess, Fraught Juggler and Bit Part. Not funny. Never funny. In 2017, men were 2.6 times more likely to be funny in ads than female characters. This industry is desperately lagging behind. Even the BBC banned all-male comedy panel shows back in 2014.

Advertising has become focused on values and higher purpose lately, which has ended up making everything look a bit, well, samey. There was a time when British advertising was the envy of the world because — wait for it — it was funny. Everyone talks about how brands need to show human qualities but humour is one of the most important human characteristics. For most people, funny is how you choose your partner. In ads, funny cuts through, builds brands, increases equity and gives you a distinct tone of voice.

The nature of female humour can be different from men’s. Often, women use humour to “create moments of connection”, according to Carol Vallone Mitchell, author of Breaking Through “Bitch” – How Women Can Shatter Stereotypes and Lead Fearlessly. In contrast, men are more likely to use humour to gain top status, she says. Either way, in these dark times, we could all do with a laugh.

This may come as rather disquieting news to some of the throwbacks that still haunt the advertising world, but a new generation of female comedians is entering the mainstream. Performers such as Sarah Millican, Katherine Ryan and Bridget Christie are household names, inspired by the likes of French and Saunders, Victoria Wood and Jo Brand.

Female comedians have never been more popular, with tickets sales trebling between 2011-2014, according to Ticketmaster. The rite of passage that is the Edinburgh Fringe last year saw more funny women showcase their comedy in more female-written, female-performed shows than ever.

Michaela Coel’s Chewing Gum and Phoebe Waller-Bridge’s Fleabag have made the transition from stage to TV and been widely acclaimed – both here and in the US. The BBC is now actively seeking fresh young female comedy-writing talent with initiatives such as its Caroline Aherne Bursary for Funny Northern Women. The Maltesers ads, such as “New boyfriend”, championed some of our brightest up-and-coming talent.

Meanwhile, Sharon Horgan has started her own production company, Merman, which also has a brand content division. She’s on a mission to champion female ad directors — a move that the #FreeTheBid initiative is also backing, as only 9% of ads and 14% of films globally are directed by women.

We’ve always been shameless borrowers of culture. It’s time to give something back. In 2018, let’s make sure we have strong, funny female leads that aren’t foils or wallpaper. Great comedy powered by empathy, passion and an eye for the bizarre and quirky. Comedy that can connect rather than divide us, or simply score points. All of us — consumers, creators, brand owners included, irrespective of gender, sexual or religious persuasion or nationality, age or race — surely deserve a bit of that.

Vicki Maguire is the co-chief creative officer of Grey London.