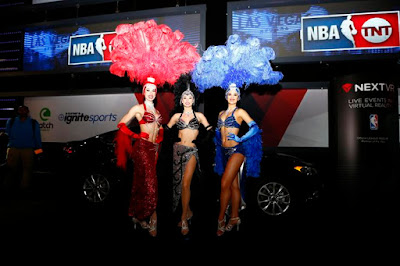 Adweek reported on the culturally clueless contradictions at CES, where there are protests over the dearth of divertsity alongside sexist practices like “booth babes” embellishing the event. Oh, the humanity! 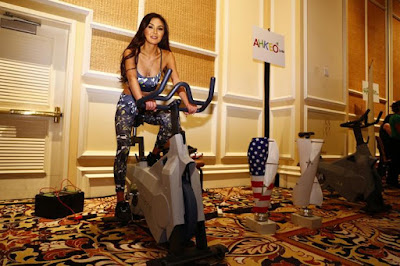 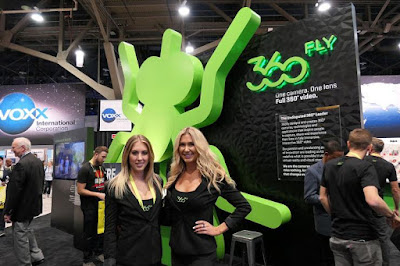 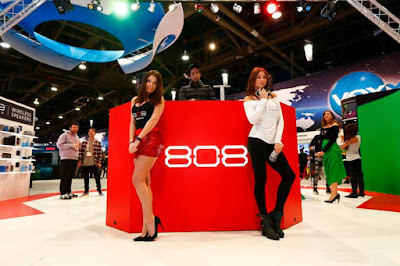 Women Execs Are Speaking Out About Diversity at CES, Yet Booth Babes and Sex Robots Are Still Prevalent

“Do as I say, not as I do” might as well be the mantra for discussions about diversity this week at the Consumer Electronics Show in Las Vegas.

Weeks after marketers and execs slammed the conference’s organizers for its lack of solo women keynoters, numerous panels and execs are using the conference as a platform to talk about lingering diversity issues and gender equality. But the scene inside the convention center still reflects tech’s misogynistic culture: Dozens of the thousands of companies exhibiting at CES pay scantily-clad models (aka booth babes) to pitch their companies, showing that the industry still has a long way to go in overcoming sexism.

“The booth babe thing is unfortunate and it would be ideal for CES to get rid of all of that—it’s totally unnecessary and people are here to do business,” said Lorraine Twohill, Google’s CMO. “I think there’s still a lot of work to be done to make CES feel inclusive of women. If CES genuinely wants to have an event that feels welcoming to women, then you can’t have [booth babes.]”

Nima—a company that makes portable Bluetooth speakers in the shape of sports helmets and balls—employed two of its own models to demonstrate its products to attendees at its booth. Over the course of a few minutes, several male attendees asked to take pictures with the models, who were wearing sports bras and workout clothes.

A company rep at the booth said that the models were there “to help attract more customers and help people have a good time and enjoy.” A number of other sports-related companies are also using models to show off their products.

In addition, strip club Sapphire Las Vegas held an event on Monday night featuring “sex robots.” While the event is not officially associated with CES, it quickly spread on Twitter and was meant to attract both men and women.

According to Liz Gumbinner, co-publisher of Cool Mom Tech, brands’ desire to go viral is part of the reason why booth babes remain a staple at CES. With thousands of companies vying for attention, it can be hard for companies to cut through the clutter and make a splash.

“Brands are looking for any opportunity to get attention and a visual spectacle is an understandable part of that,” she said. “Hire a young women and dress her up as a cheerleader or sexy nurse and people will take photos with her—it’s far less expensive than hiring a celebrity.”

She added, “I also think a lot of tech companies are trapped in this kind of regressive dude culture and they think, ‘OK, Las Vegas, so that’s all about strippers and showgirls, right? It’s really just laziness.”

In response to CES’ lack of women speakers, some executives have suggested that attendees boycott CES this year. But combined with the flurry of sexual harassment allegations across media, advertising and entertainment, Bank of America’s CMO Meredith Verdone, thinks this “is a moment” for women, so she decided to attend this year.

“The reality is that yes, I wish [CES] could have found female CEOs to speak—the bigger issue is that we need to get more female CEOs,” Verdone said. “I’m not giving them a pass on it but it’s something that’s more systemic and maybe they need to change their criteria and broaden it so that it’s more than CEOs.”

Specifically, Verdone cited equal pay and hiring practices within her brand. Fifty percent of Bank of America’s employees are female while another 40 percent of management and more than 35 percent of the brand’s board members are women.

“It’s creating this groundswell and now we need to focus on it and do the hard work, not admire the problem but say, ‘What are we doing about?”

That’s not to say that CES doesn’t have its work cut out for itself. Verdone added, “If a year from now there’s no change, then maybe I’ll boycott.”

Kasha Cacy, president of UM for the U.S., also isn’t boycotting this year. Instead, she created a two-hour event featuring women that will take place on Wednesday.

“I’d rather jump in and use all of the people here to prove a point than to boycott,” Cacy said. “I think we’ve gone with momentum and now momentum has to stop and we have to change.”