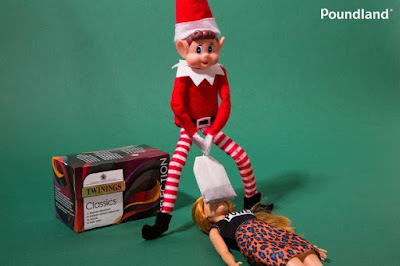 PRWeek reported on a controversial social media campaign from Poundland—featuring an Elf engaging in sexual and obscene acts—that will undergo an ASA investigation. The retailer is displaying a high degree of insensitivity and ignorance, dismissing disapproving consumers as not getting the joke. Actually, Poundland deserves a pounding—and worse—for its cultural cluelessness. Forget the Elf behaving badly. Poundland is displaying bad behavior, as well as bad judgment for having approved the shit. 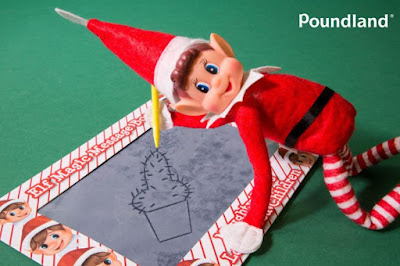 Poundland says its controversial Elf Behaving Badly campaign drove “significant numbers of shoppers” into stores in the week before Christmas.

The retailer has reiterated that it is standing by the campaign following news that the Advertising Standards Authority (ASA) is to investigate the social media activity, saying the number of people who didn’t “get the joke” is “so small”.

The pre-Christmas social media campaign, focused on the Elf on the Shelf product, featured images of the Elf in a series of sexually themed poses.

One image involving Twinings tea (pictured above) — which had the caption “How do you take your tea? One lump or two?” — caused particular controversy. Some criticised its sexual nature, while others described it as harmless fun and fitting for the Poundland brand.

In a new trading update, Poundland said Elf Behaving Badly, as part of the retailer’s “low cost but highly effective marketing strategy”, drove “significant numbers of shoppers” into stores in the week before Christmas. More than 200,000 ‘bad elves’ were sold alongside more than one million elf accessories, the company stated.

Trading in the week to Christmas Eve was £59m, up 20 per cent on the previous year, although there was an extra day of trading in the 2017 pre-Christmas period.

The apparent success of Elf Behaving Badly, in terms of its impact on trading, poses the question of whether the campaign was justified.

Meanwhile, the ASA confirmed to PRWeek that it had received around 80 complaints about the Elf Behaving Badly Twitter posts.

“The general nature of the complaints is that the ads (tweets) are offensive for their depiction of toy characters and other items which have been displayed in a sexualised manner, and are unsuitable to be displayed in an untargeted medium where children could see them,” said a spokesman.

“I can confirm that we have launched an investigation.”

In a statement, Poundland described the controversy as a “storm in a tea cup” and said the complaints “contrasted with thousands of people who said they loved our naughty elf pictures — not least because it reminded them that Britain is famous for the saucy postcard and panto”, the statement said.

“We’re just pleased the number of people who didn’t get the joke is so small.” 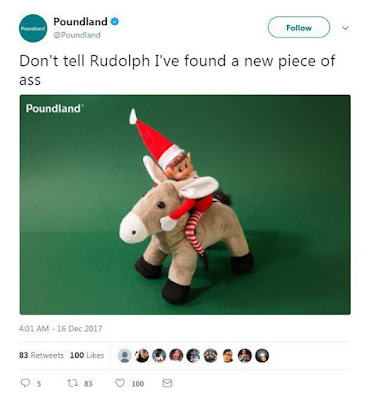