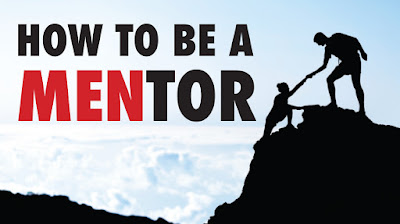 Campaign published divertsity directives from Eleven Inc. Partner and Chief Growth Officer Michele Sileo, who presented “4 lessons” for White men mentoring White women. The generic lessons could be applied to any mentor-mentee relationship. And a peek at the Eleven Inc. team shows the place isn’t applying any of the basic lessons to achieve diversity—or even diverted diversity.

4 lessons for male mentors who work alongside women

Men are having a tough time in the news these days. We’re in the midst of a much needed reckoning where harassment, assault and disrespect of women are coming to the surface in unprecedented ways. And while the stories may differ in detail and degree, at the heart of these stories are women who were likely just trying to do their jobs well and respectfully.

We hope these men are the minority and there are as many, if not more, willing to push for change. Men who are genuinely concerned about making the workplace a safe, supportive environment where women can grow in their careers and move into positions of leadership themselves. These men get that this moment in history is not just about changing the conditions that have enabled harassment and assault, but also creating workplaces where women can thrive, advance and make a full contribution.

Some men want to make change because they believe making the workplace more equal for women is the right thing to do. Others are waking up to the fact that what’s good for working women is good for business—that ignoring the talents and contributions of half the population is a massive missed opportunity. We can’t make our workplaces safer and more equitable for women without these men.

I recently spoke at last year’s 3% Conference in November about the role of male mentorship. I was inspired to write about how I’ve been helped along the way by men who didn’t need to wait for a big public reckoning to see that women are worth investing in—and they themselves were more successful for it. Here are some lessons taken from what they did, that we can all learn from when working alongside women.

Recognize and acknowledge her strengths.

My first boss’s parting words to me after four years together were, “Trust your instincts. You have good ones and they will take you far.” These words had a tremendous impact on how I approach my work, and they still do. Though I wish he had said it a year or two earlier, it was incredibly reassuring to know that he’d been paying attention and had recognized something in the way I worked and made decisions. I was still in the formative years of my career, and he lit a spark of confidence in me that I could build on throughout my career.

My second agency was Deutsch in NY. It was tiny then, about 90 people, and Donny was moving into a leadership role. Donny showed himself to be a good leader because he would always ask for the opinions of others in meetings—including younger employees, women and others who didn’t often have a voice. The first time he turned to me, I was speechless. I had been working in advertising for four years, and it was the first time someone important wanted to know what I thought.

Not only did this make me realize that my opinion mattered, it also inspired me to come to meetings prepared with ideas, opinions and a strong point of view. Expectations mean a lot, and I learned that I was expected to make a full contribution to the team, in spite of my young age.

No matter how young, no matter how many more senior men might be able to do the job instead, look for opportunities to give young women a chance to show you what they’re capable of. I was put forward by male bosses at a few significant moments in my career, and I remember them vividly to this day. Each time it was scary and I was unsure of myself, but the experience was entirely worthwhile for both me and my team. For instance, I was given the chance to present to clients on behalf of the agency at several large and important meetings. Not only did this build my confidence, but it told the people around me that I mattered, that I had a voice on the team and that I was capable of leadership.

Create an environment of unconditional trust.

Our always-on industry needs to practice what we preach and get serious about de-stigmatizing and honoring flexible work schedules. Women, especially as they advance along in their careers, are jugglers. They’re handling work, maybe kids, partners, homes, hobbies, passions. They need you to trust that they can excel in their jobs, while also handling the rest of their lives. I’ve had the good fortune to work with some fantastic men who were empathetic and supportive.

In the 13 years I have been at Eleven, they have readily given me the trust and the space to get my job done while also living my life. There was never hesitation around my need to leave early most days, work from home, flex up or down as family needs evolved. The trust was felt and the trust was given without hesitation. In return, I deliver over and above in my work, with gratitude.

Our workplaces are evolving, and as the social conversations around women’s positions in the workplace grow louder, more big changes are sure to come. The male leaders who stand up and empower women to do their best work and to share in that power will be the ones who see their businesses succeed the most.