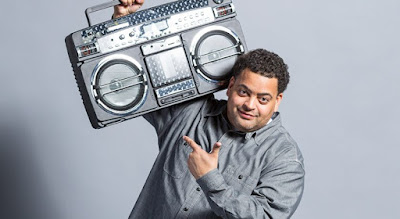 Adweek spotlighted Cashmere Agency EVP Chief Creative Officer Ryan Ford, who leveraged his hip-hop connections to succeed in the advertising industry. Gee, that seems to be one of the most common ways for non-White people to elevate in the field.

Whether it was his brief meeting with Tupac at age 16, his experience Iowa’s only hip-hop radio DJ in the early ’90s or his time working on the first televised Brown and Black Presidential Forum for Democratic candidates to address young minority voters’ concerns in 2000, Ryan Ford realized at a young age that he wanted to make his living at the intersection of hip-hop, politics and pop culture.

Now, 25 years later, he leads creative at Cashmere Agency, Los Angeles’ go-to shop for brands looking to reach those core consumers who closely follow every development in the byzantine world of rap music and its expanding subcultures.

Ford’s official entry to that universe came in a traditional way via an internship at The Source, also known as “the bible of hip-hop.” During his eight-year tenure, he met and profiled the biggest names in rap royalty, including Jay-Z, Kanye West and Queen Latifah. But his journalistic rise occurred just as print media went bust, with readers moving toward rapid-fire, digital-first sources like AllHipHop.com as ad revenues declined. He and a small team of fellow UCLA graduates saw the writing on the (pay)wall and responded by launching their own mini-marketing agency.

Bandit Strategies was a “side hustle” that eventually turned into a full-time job at Cashmere thanks to a relationship with Snoop, who introduced Ford to his business partner and Cashmere co-founder Ted Chung. “I took a leap of faith and said, I’m getting out of the magazine industry and getting into this new world,” Ford said.

One of his first projects with Cashmere involved promoting Father Hood, a 2007 E! reality show focusing on Snoop’s home life. After that series became a surprise hit, E! was eager to work with the agency on what it hoped might be its next smash. According to Ford, network executives said the show’s star was “resonating with not only white audiences, but Hispanics and African Americans as well … she’s racially ambiguous … her name is Kim Kardashian.”

Since then, Cashmere has gone on to help market such properties as FX’s Atlanta and the smash hit film Get Out.

As head of creative at Cashmere, Ford collaborates with his internal team and a revolving roster of influencers to connect clients like Adidas, Airbnb, Netflix and PepsiCo with young, multicultural consumers fluent in the ever-changing language of hip-hop—its music, its culture and, yes, its brands.

How he got the gig

Ford was a freelance writer and editor at The Source eager to immerse himself in all things hip-hop just as Snoop Dogg began to “become the pitchman we all know today.” After his Bandit Strategies group helped promote a joint Snoop/MTV project called Hip-Hop Gaming League, Ford signed on to work with longtime Snoop associate and Cashmere co-founder Chung as a consultant.

Cashmere isn’t officially a Snoop Dogg joint, but stars like P. Diddy and Jay-Z have moved from launching clothing lines to starting their own marketing agencies. “We’re not TBWA\Chiat\Day or Deutsch, but we’re in here fighting every day,” Ford said. “ … One day, we intend to be that big.”