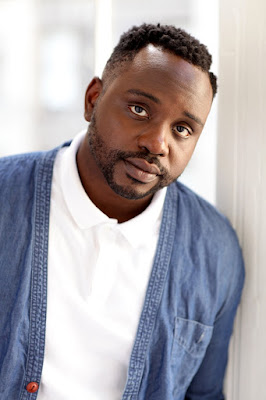 Why Atlanta’s Brian Tyree Henry Is Really Into Instagram Lately

And a fan of HBO, A Tribe Called Quest and James Baldwin

Adweek: What’s the first information you consume in the morning?

Brian Tyree Henry: I read BuzzFeed—it’s great for following what’s going on amongst us millennials and what we’re talking about, and I take those silly quizzes every now and again—and the Huffington Post, for sure.

Are you very active on social media?

You know, I’m growing on social. [Laughs] Facebook is one thing, but now I’m totally into Instagram. It is so fun because I’m a pin collector, and there are a lot of artists on Instagram that post their pin artwork or the pins that they’ve created, so I follow them, and as soon as I see a pin that I like, I can tag it. I really love Instagram for the artwork. The fans of Atlanta are doing such dope artwork! I’m like, tag me in your artwork and I will make sure that I post it.

Do you paint or draw?

I used to draw and do a lot of calligraphy and typography. I’m a big sketcher, too. It kind of fell away for a bit because I really submerged myself into acting, but I’m trying to pick it up again, because being in L.A., there are so many things that can be so overwhelmingly beautiful that you’re like, I have to draw it.

What TV shows do you watch?

I have been the hugest HBO fan since I was 3, watching programming that I had no business watching as a child [laughs]. They have a show called Insecure starring Issa Rae that is so absolutely brilliant. There’s another show called High Maintenance that is amazing. And I am still, to this day, a huge Grey’s Anatomy fan. [Laughs] I watch it religiously. My friend Kelly McCreary plays Maggie Pierce, and Chandra Wilson is my acting guru, and James Pickens Jr. as well. Shonda Rhimes is a G! How to Get Away With Murder is amazing, too. And I’m really into This Is Us right now. What that whole entire cast is doing is unbelievable.

I have been clinging to James Baldwin’s The Fire Next Time like a child with his blanket. I’ve read this book so many times in my life. The great thing about James Baldwin and his writing is that it’s still fresh every time you pick it up. That’s also the sad thing about his writing sometimes, too.

Do you listen to any podcasts?

There’s a podcast that I listen to that always gets me going called The Read. There are two great hosts named Kid Fury and Crissle and they take things that happen in the world and they just go in. They’re incredibly funny and incredibly smart and speak from a place that I can totally relate to. I end every podcast in tears from laughing so hard.

I know you have a background in musical theater with Book of Mormon, but before Atlanta, had you ever done hip-hop?

No! [Laughs] I feel like I should because everyone’s asking me when my mixtape is dropping. I’ve been in some plays where I had to rap before, and I’ve been a huge fan of hip-hop my whole life—I’m one of the biggest A Tribe Called Quest fans in the world. I’m also a huge Childish Gambino fan, so to work with Donald [Glover] is mind-blowing. But I’ve never thought about crossing over into rapping unless, you know, Pharrell Williams or Gambino wants to produce it. [Laughs] Then I’d absolutely go for it.

The most frustrating part of Black History Month is watching enormous advertisers launch campaigns that prominently feature black talent in front of the screen, and (knowing from working in the industry) that all of the most expensive ads were created utilizing white talent (CDs, ADs, directors, etc.) from the US, Europe Canada, even South Africa.

And that all of the cheapest BHM ads (like crap magazine ads using stock photography for $20, or PSAs or digital pieces) are where agencies and clients like to hire African-American creators instead.