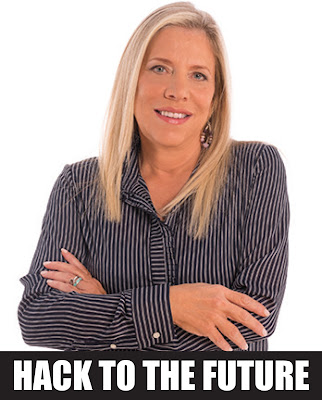 • Online retailing is getting popular on mobile devices

• Gender issues will continue to be examined and debated

Um, chimpanzees with access to Google could have spotted those trends. In fact, it’s all common knowledge to average humans and simians. Here’s another sure bet for 2017 and beyond: Havas will maintain its position among the worst of the White holding companies.

Why Privacy, Gender and Simplicity Will Be on Consumers’ Minds in 2017

Good riddance, 2016. For many of us, it was 12 long months full of bad news, fake news and surreal news, the most controversial election anyone can remember, plus too many other highlights and lowlights to mention.

This very December, we’ve seen the many shades of orange upstaged by Pantone’s Greenery, and we all know the color of the year is not a nod to hope about the climate or to anyone’s envy of the Western world.

Luckily, I can find solace in an area where my company definitely isn’t green: spotting trends for the year ahead. Here at Havas PR, we devote the end of each year to spotting trends on the rise, and it’s always interesting to look both ahead and back at the predictions that have proven out recently—more stringent legislation around brain damage suffered by football players (forecast in 2010); the universal brain-health movement (2009); and “Local is the new global” (2007).

Here are a few of the trends we believe will directly impact marketers and advertisers in 2017 taken from our more in-depth report, “Blowback to the Future: The Trends That Will Shape 2017”:

Retailers are trying to keep up with e-tail, which doesn’t just mean buying products from home computers anymore. Knowing that consumers always have their mobiles on, retailers are engaging in an e-tail/retail mashup, increasingly using in-store beacons to deliver promotions and offers to browsing shoppers.

Despite more retailers closing their stores for Thanksgiving in 2016, a record $771 million was still spent that day from mobile devices. As tech continues to advance and brands evolve their e-tail platforms, we must market brands through handhelds rather than 64-inchers.

The (elusive) beauty of simplicity

We crave simplicity, though few can actually attain it. Think of it this way: How many people buy Dave Bruno’s The 100 Thing Challenge compared with the number who pare down to only 100 possessions? Well, today we’re seeing a nuance to the decluttering. It has become more about craving simplicity than actually attaining it. And, let’s face it, that’s good news for marketers.

More than ever, people recognize that everything from personal information to high-level data is an open book for hackers backed by foreign powers and bad actors. Expect the demand for greater privacy to grow, much to the benefit of brands, businesses and even politicians that get it and help facilitate it. We’re already seeing this in the EU with a recent crackdown on data sharing for the platforms we use daily—Facebook, Google and Snapchat. Expect this to impact marketers even more in 2017.

From man buns and beards in the world’s Williamsburgs to the retro-sexist return of traditional gender roles, the malleability of manhood is being put to the test as we find what will work when many can’t find work at all. The big trend driving all the shifts in male fashion and identity: men’s underlying anxiety about what is manly now and who the heck decides.

Many women, meanwhile, will be even quicker to call out sexist behavior like mansplaining, manspreading, groping and public sexual harassment (as we have seen resonate deeply in the ad world). But there’s also increased muttering around the world, many of the voices female, saying feminism is old-fashioned or even obsolete and that the central tenet of feminism, women’s right to self-determination, can and must include a woman’s right to return to the gender roles of an earlier time.

So what do women expect now, and what do they feel is expected of them? How they align, balance and reject those answers will form a roiling, ongoing dialogue in 2017, with millions of voices pitching in online and off.

My prediction is that 2017 is when gender diversity gives way to age diversity, and we have to suffer through an entire year of hearing how it's so unfairrrrrr that old white people who already had a run in advertising (and didn't care about diversity until it affected them directly), can't continue that run in advertising.