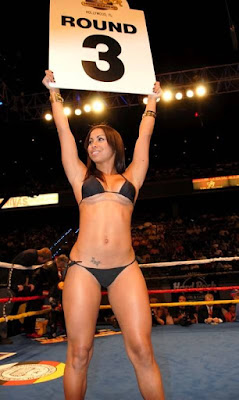 Advertising Age reported the Association of National Advertisers devised a diverted diversity device: The Gender Equality Measure. Now it’s possible to rate advertisements or entertainment on the prominence of depicted White women. Maybe there will be special bonus points for women of color, as well as lesbian and transgender depictions. Would love to see the scores for Annie the Chicken Queen, the Pine-Sol Lady and Aunt Jemima.

Are Your Ads and TV Shows Defective on Gender Equity? The ANA Has a Tool That Can Help

Are your TV ads or the shows where you advertise defective in the way they portray women? The Association of National Advertisers has a new system to tell you.

The Gender Equality Measure scores ads or entertainment on how and how prominently they depict women, like an ad-industry version of Six Sigma, the data-driven methodology aimed at eliminating defects in products or services.

“Increasingly our customers are holding us accountable, society is holding us accountable, for our footprint,” said Stephen Quinn, chairman of the Alliance for Family Entertainment subcommittee of the ANA. In earlier days as a chief marketing officer at Walmart and PepsiCo’s Frito-Lay, Mr. Quinn saw other parts of his companies paying closely monitor quality in their supply chains. Now he’s on a mission to get marketers to pay similar attention.

“We need the same supply-chain mentality as others in our company to fix this, or we’re going to struggle as a function for respect,” he said.

The Alliance for Family Entertainment earlier this year introduced an initiative under the #SeeHer banner to improve depiction of women in ads and entertainment. While its past efforts jawboned networks to run more family-friendly shows or encouraged advertisers to produce their own, #SeeHer takes a different approach, drawn more from the world of manufacturing process improvement.

The Alliance for Family Entertainment has already evaluated 4,000 TV ads for its Gender Equality Measure, working in conjunction with research firm ABX, which uses an online panel to rate ad creative. It has shared the results privately with ANA members.

“We’re not out there naming and shaming,” Mr. Quinn said. That’s partly because he doubts it would be very good for ANA revenue to embarrass its paying members publicly. But the goal is really to show advertisers how they’re doing compared to competitors and the broader industry.

And members can make their own results public if they want—which will of course occur when the news is good. That happened at last month’s ANA annual Masters of Marketing conference, where Georgia-Pacific CMO Douwe Bergsma noted that his company produced an ad with the second-highest GEM score in the first round of research.

“We’re not seeing ANA members or AFE members doing much better than average,” Mr. Quinn said. But he believes much of that is due to “unconscious bias” that will start to disappear once advertisers are conscious of it. Some marketers have privately said they plan to rework creative in the pipeline after seeing their GEM scores, he said.

AFE is also looking at how ads with higher GEM scores fare in the market, and the results so far suggest they do better. Among the findings is that about 75% of voiceovers today are done by men, even though the research shows ads with female voiceovers are at least slightly more effective on average, based on ABX scores for such things as purchase interest.

In phase two, the AFE is turning its eye to programming. For that, it’s working with TiVo for a study that will rate TV shows for gender bias and, working with loyalty-card data, also track how ads placed in shows do at driving sales. “We’ve got data showing your same ad works very differently in good content than bad content,” Mr. Quinn said.

Then, the AFE will go even farther up the chain to celebrities who appear in ads and entertainment, including their digital and social-media activity, working with research firm MVP to look at how they’re viewed by people on gender equality issues.

Realistically, one celebrity likely to get a subpar GEM score—following a campaign in which his statements about women were a central issue—did ultimately close a big sale. Then again, President-elect Donald Trump lost the popular vote by more than 2 million, particularly in higher-income coastal markets that account for an outsized share of consumer spending, and bookings at his hotels reportedly suffered.

Meanwhile, data also suggests the entertainment industry, seen as a bastion of progressive politics, will have long way to go to improve its GEM scores. Research by the University of Southern California Media Diversity & Social Change Initiative shows only 31.4% of the 4,370 speaking roles in the top 100 feature films analyzed last year were female. That’s up from 28.1% in 2014, but a longer-term look shows only minor and wavering variations in that share since 2007.

Mr. Quinn is particularly puzzled by portrayal of women in science and technology roles in entertainment. which he said actually lags their representation in the U.S. workforce.

“I think that’s stunning,” he said.

Of course, research such as USC’s has been around eight years and nothing much has changed. But what’s different with GEM is that it will grade TV programs individually and share the results with AFE member marketers that are footing the bill. The #SeeHer initiative also has the support of big advertisers, including media executives from Unilever and Procter & Gamble Co., who helped lead it.

Gail Tifford, Unilever VP-Media and Digital Engagement for North America, was among the originators of #SeeHer. She wouldn’t go so far as to say that GEM scores would influence media buys, but said in a statement that the tool would help the industry “identify unconscious bias.”

“P&G brands are committed to use our leadership voice in advertising and media to promote gender equality, including through our campaigns and where we place our media,” she said in a statement. “We have high standards for the ads we create and the programs where those ads are placed, and the GEM index is one more tool that can provide insights into our choices.”