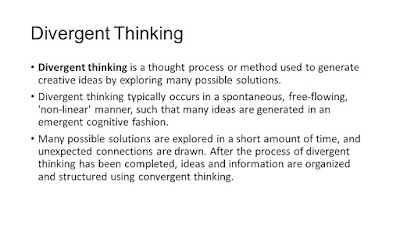 The Economic Times in India interviewed JWT Global CEO Tamara Ingram, touching on the touchy subjects of Gustavo Martinez-Erin Johnson and diversity. Ingram dodged with extraordinary skill—she puts the “art” in articulate—positioning the Martinez-Johnson affair as a mere event in an enduring brand’s grand history. Okay, but it’s also a recurring symptom of a chronic condition. And hucksters like Ingram evade accountability by promoting diverted diversity as the cure. It’s sad to hear idiots purporting to be industry leaders hyping “divergent thinking” with all the same clichéd and contrived lies.

The bane of social media is it makes people the judge: JWT’s Tamara Ingram

JWT’s global CEO Tamara Ingram on her first official visit to India about the local ops, the scandals at the agency and more.

What do you think is the biggest challenge facing an agency like J Walter Thompson?

That’s a very good question for any company that’s been around more than five years - at some point, it will be more than three years. We are 152 years old: the oldest advertising agency in the world. When you are born of a certain time, you have legacy issues. Our challenge is we have to change, evolve and get ahead of the trend. J Walter Thompson in India is probably our most successful office and I have to ask myself why. I think it’s because we have very varied capability, the culture collaborates very strongly. There’s diverse talent. Even though our make-up is probably 60:40, at the leadership level here its 50:50 between men and women. That creates a more nurturing culture. We will probably grow 20% in India this year and have won 140 pitches.

Which are the new clients you’ve got?

When I heard we had 140 new clients, I didn’t believe it myself! But then we have six companies and 22 offices. If you divide 140 by that, it’s not such a big number. It includes Encompass, Geometry Global, Hungama, Contract and south Asia with Sri Lanka and Nepal. From Sri Lankan Airlines to Google that Contract won to a host of new business at Encompass to Apollo that J Walter Thompson won. We’ve won the digital mandate for Britannia. We are very strong in the South with operations in Chennai, Bengaluru and Hyderabad. The average growth is 50% this year for us in the region.

Rai: Nike had badge value and we’d done fabulous work. Nobody contests that. We worked with them for a decade. With Wieden being their global agency and cricket no longer being the focus area, we parted amicably.

Ingram: The work was extraordinary, recognized around the world and yet had a very Indian flavour.

Rai: To your point, I tell my leadership team, there’s an element of luck to winning new business but its complete idiocy to lose business you already have. One thing we’ve consciously done is to make sure there are no leaks out of the system. Some years, before I joined, we were losing almost 50% of new business to leaks. Now it’s down to 5% which can happen for various reasons. To me, Nike is an exception. We can focus on new business — it’s adrenalin — but if you can’t manage the existing clients, it’s a shame. That’s why our numbers are where they are.

At a global level, did the Gustavo Martinez episode (the agency’s former CEO left amid allegations of racist remarks and sexist behaviour from its chief communication officer Erin Johnson) affect J Walter Thompson as an agency brand?

Ingram: We are an extraordinary brand and continue to do great work. At any moment in time, you have events, but this is an enduring brand. In India, as you know, it’s considered the university of advertising. People are completely proud and committed to working here.

Rai: We hear Erin Johnson is back and there are some reports in the trade press about her feeling marginalised …

You have been very passionate about the diversity agenda in advertising. What is your argument to critics who imply the diversity-debate is over?

First of all, it is the right thing to do. Secondly, we are selling, driving and engaging with the whole community. If we don’t represent them, we are not going to be as effective. Though we have lots of programmes in place to employ different sorts of people and make sure we do the right things, until it happens across the whole world, it’s not passe. In a creative business, we have to come up with an idea that isn’t obvious. Only when it surprises people does it stand out. And such ideas don’t come from the same place, the same university, the same culture or same sex. That’s why divergent thinking is very important for the creative business.

Say the word "diverse" enough in the press and the ad agency will take on a faux sheen of diversity, I guess.

Nice to see an exec there admitting that there's plenty of opportunities at JWT for women to succeed, and many women who have.

I guess they can pack it in and call it a diversity success day now. They certainly don't seem to be in any rush to improve ethnic diversity hiring practices in America, even if they're now trying to clean their reputation with lackluster PR initiatives that don't have nearly the same effect as, you know, hiring people of color.