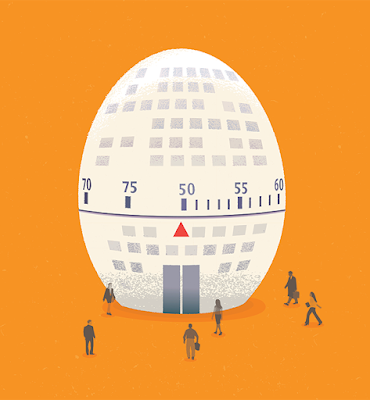 Adweek sought to explain “Why the Ad Industry Job Market Is Tougher Than Ever for Senior Employees”—aka advocating for elder White admen and adwomen via doddering diverted diversity. The report opened with the following nonsense:

The advertising industry has a diversity problem. That much is no longer in dispute as a growing number of clients either suggest or insist that their teams employ more women and people of color.

In recent months, however, some have turned to another, arguably more pervasive form of discrimination: ageism.

An arguably more pervasive form of discrimination? Well, sure, White people are undoubtedly arguing ageism is more pervasive. However, the numbers—which companies like Omnicom refuse to reveal—show ethnic and racial discrimination is waaaaay ahead of generational discrimination. Need proof? Look at the ratio of senior minorities in the field versus senior Whites, provided it’s possible to locate any senior minorities. Hell, senior Whites likely outnumber all minorities in the industry. Sure, the job market might be tougher than ever for senior employees. But it’s still much easier than what minorities continue to experience.

And what agencies can do to combat ageism

The advertising industry has a diversity problem. That much is no longer in dispute as a growing number of clients either suggest or insist that their teams employ more women and people of color.

In recent months, however, some have turned to another, arguably more pervasive form of discrimination: ageism.

“I’m a 45-year-old woman with 20 years agency experience who was laid off from my senior media position,” read one response to a recent Adweek blog post on the topic. “I have been unable to secure even an interview, let alone a job, for four months.” Another reader wrote, “This is one of the few industries where wisdom counts for nothing.”

“After the [2008] recession, we lost a lot of people in the 40 to 50 range because those were the big salaries that the agencies could cut,” noted 4A’s president and CEO Nancy Hill. “And those jobs are not coming back.”

A business that perpetually caters to the young has seen its hiring practices shift accordingly. The Bureau of Labor Statistics found that “advertising, public relations and related services” employed 192,000 Americans over 45 in 2010, and the average age of an industry professional was 40.7. Five years later, the 45-plus total had risen by only 6,000 while the median age dropped to 38.8.

“In many instances, these are people who spent their careers working on traditional packaged goods and financial services [accounts], and they had not been exposed to digital media,” Hill said. “If you’re in the middle of downsizing … you’re going to [favor] the most current skill sets.”

Yet even digital-only agencies with house Spectacles and craft beer taps sometimes find themselves lacking something only those with fuller portfolios can provide.

“We wouldn’t be where we are without the people who had the right experience at pivotal times,” said Adam Katzenback of Carrot Creative. The Vice-owned agency’s president continues, “We weren’t set up for success on things like procurement that often require outside resources, because we just hadn’t dealt with them before.”

Katzenback, in turn, had no real mentors. “One of my first bosses told me, ‘There are no retirement parties in advertising; no one gets that far,’” he recalled. “That has to change within the industry.”

One solution for aging creatives involves moving into client-side gigs from which they might eventually advise up-and-comers on an unstable job market. Hill also speaks of an executive who got laid off during the recession, then accepted a much lower-paid digital job. “They ended up hiring him full-time at a regular salary,” she said. But he had the financial stability required to handle the initial cut; most lack that luxury.

Where, then, should agencies invest? “Training, training, training,” said Hill. “I can’t say that enough.” Others, like Dentsu’s 360i, work internally; 360i University caters to both senior- and entry-level employees.

“In any discipline, it’s hard for a 50-year-old to find a good job,” said Richards Group founder Stan Richards, who entered the business in 1953. “I would have no problems with hiring a 50-plus copywriter knowing that we can turn him into a person who is comfortable on the digital side within six to eight months.”

Richards focuses on recruiting talent early and instilling loyalty. “We hire roughly 40 kids a year straight out of college, and at any given moment we have somewhere between 35 and 50 interns,” he noted. The shop also requires each new employee to pick an older adviser. “If we do that the way we’re supposed to, we’re going to keep people a very long time,” he said.

Retention will only become more challenging in the years ahead—which could be welcome news for veterans who can prove their worth but not for those the business deems inessential.

“The saddest thing is thinking you’re not needed anymore,” opined Katzenback. “There’s going to have to be some serious societal discussion about the declining value of human labor.”

Tired of the hypocrisy said...

Great scam old white people have going on there.

Ignore diversity issues and brush them off for decades.

Do nothing as the number of black men in particular drops down to fewer and fewer year after year, until it's so bad that we have less now (as per the Marcus Graham report) than a decade ago.

Jump on the diversity bandwagon now, in 2016, but only make room for themselves and their other older white friends who threw everyone of color under the bus and closed them out of hiring, promotions, and key jobs along the way.