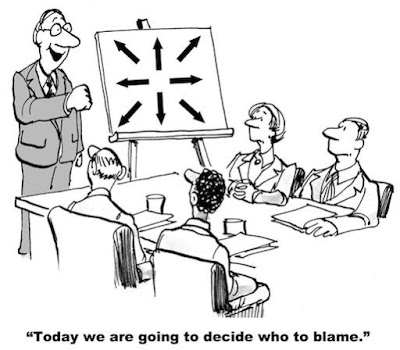 The Multicultural Problem: Agencies Are to Blame, Not Brands

For more than a decade, I have borne witness to the conundrum of multicultural marketing from an inimitable vantage point. Having been with Team Epiphany since the agency’s inception over 13 years ago, I have been on the front lines of the matter—experiencing the evolution of brands, agencies, and culture at large firsthand.

This is how it has gone for a long time: Brands marketed to diverse groups of consumers seeking to section them off by race and ethnicity. An approach that was once seen as a revolutionary method in the marketing world evolved to become something else: at best it was pandering. At worst, it was divisive and disrespectful.

A constant refrain: “The problem is always with the brands.” I hear this all the time: how the brands involved are stodgy, antiquated, unwilling to flex or diversify or try something new. But what if in repeating this common mantra we are instead perpetuating an old myth? Pinning blame to the brands is a notion that agencies proliferate, when in fact there is a stunning lack of diversity at the agencies themselves.

More often than not, an agency’s diversity entails obligatory figures and strategies—a simple checking off of boxes that could never truly diversify an agency. Among some of the most frequently used methods among agencies in a scramble to demonstrate their diversity and cultural dexterity: making “requisite” hires to fill a quota. Agencies have been known to hire “consultants,” or “cultural aficionados” to weigh in on creative initiatives and provide narrow feedback on multicultural matters. These methods are shortcuts that lead to nowhere. Quite simply, they are Band-Aids over the wound of homogeny.

As a result, agencies remain somewhat of a good ol’ boys club while the rest of culture—including the brands that invoke their prowess—are pushing forward at full steam in multidimensional and diverse ways. True agency opportunities for anyone who is not a white man are few and far between, while many high power, high profile brands have taken a progressive approach without much fanfare or back-patting. Such is the case with Apple and their head of Global Consumer Marketing, Ghana-born Bozoma Saint John—who started in the agency world before jumping ship to the brands that were open to giving her a bigger opportunity. After holding posts at PepsiCo and Beats Music, Saint John seized a place of power within the crown jewel of the tech industry—becoming one of the first black women to ever appear onstage at Apple’s Worldwide Developers Conference.

Here’s the good news: If agencies are committed to rectifying this issue and elevating the infrastructures to better reflect the brands they represent and society as a whole, there is no shortage of talent. There is a boundless treasure trove of diverse men and women with a fresh take on the world and an unassailable work ethic who just need a foot in the door. There are young people all over the country who are marketing to consumers more effectively than an agency or brand could ever hope to do. Social media has shown consumers of color have connected more authentically and loyally to content than to the so-called superstars of the agency world.

This talented incoming class of marketers need a shot. They need to know there is a spot for them. If we commit to making room for them by crafting a new model—an alt-agency, if you will—we will sail effortlessly into a new era of advertising imbued with rich sentiment, colorful creativity, and original thought.

Jarrett Cobbs is VP of strategy at Team Epiphany, a full-service marketing agency specializing in millennial, multicultural and influencer engagement.