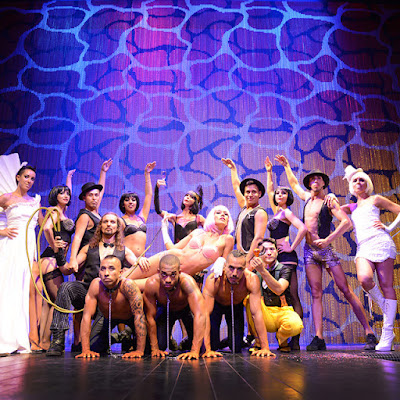 Remember Rauxa, the White woman-owned White advertising agency that hired a White woman as its first Chief Creative Officer last year? No? Doesn’t matter. AgencySpy posted that the CCO bailed out for a role with Facebook, and she’ll be replaced by three ECDs—two of which are White men. Such a blow to diverted diversity in the advertising industry. Oh, and the image above is from the Rauxa Restaurant & Show in Mexico, which looks a lot more interesting—and more diverse—than the advertising agency.

Kate Daggett, who became the first-ever chief creative officer at indie agency Rauxa last summer, will be leaving after this week to accept a job on Facebook’s team.

A spokesperson told us that Daggett had been offered a great opportunity at Facebook and that she leaves on good terms, though the agency had initially planned to have her run its creative efforts for far longer than six months. The precise nature of the new role is not clear, but we do hear that it’s an internal creative leadership position.

Moving forward, the agency plans to work via a model in which three ECDs simultaneously lead its creative department as part of a larger move to flatten its structure. John Avery, longtime veteran of Deutsch’s VW team, holds that position in L.A. while George Singer, who has been with Rauxa since 2009 and works on its Verizon business, serves as ECD in New York. The re-organization had already begun at the time Daggett got the call from Facebook, and Rauxa also plans to announce the hire of a third creative lead in coming weeks.

Early last year, Verizon consolidated the portion of its FiOS direct marketing business that had been at MRM//McCann with Rauxa. The former agency then went through a series of executive-level departures including that of CEO Michael McLaren, who is now with Merkle.

Just over a week ago, Rauxa also officially launched its Culver City-based content marketing arm, Cats on the Roof, under the tagline “Tell better stories.” This unit has been in operation for several months and already completed projects for brands including Verizon, Best Buy, Swarovski and 20th Century Fox.