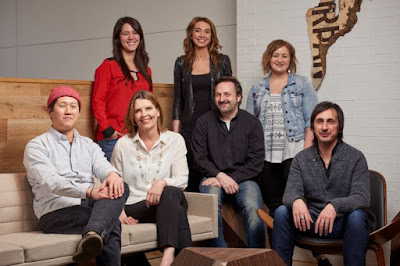 AgencySpy posted an announcement that FCB Chicago recruited 8 new creatives, and the accompanying photo (depicted above) indicates the hires were predominately diverted diversity additions. When FCB Global CCO Susan Credle was running the creative department at Leo Burnett, her team estimated that true equality won’t happen in the advertising industry until 2079, given the current snail-like pace of progress. Yet the recent hiring moves at FCB will push the ETA to the Promised Land well beyond 3000, ultimately updating No.2.66 to No.2.Triple-Digits. Oh, and IPG ought to revise its diversity PR BS too.