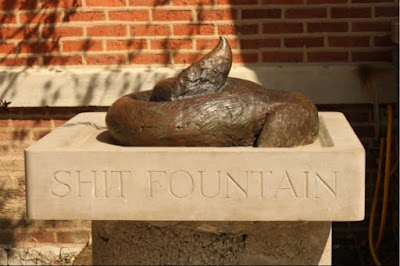 Adweek reported on more diverted diversity dedication from BBDO, with the White advertising agency pooping out patronizing propaganda to name more American landmarks after women. Such an opportunity to kiss the collective asses of clients, Cannes, conferences and commercial directors. BBDO showers White women with multimedia campaigns, while racial and ethnic minorities get a comic book. How thoughtful. 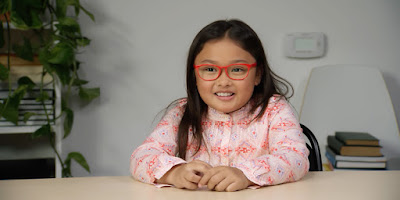 92% of outdoor monuments are dedicated to men

Half of the 320 million-plus people living in the U.S. today are female, yet only 8 percent of outdoor public statues in this country are dedicated to women.

The same imbalance applies to street and building names, and other monuments. But if you weren’t aware of the gender disparity, you’re not the only one. BBDO New York president Kirsten Flanik tells AdFreak, “My mom, who is in her mid-70s, said, ‘This never even occurred to me.’”

In response, her agency decided to do something about it.

The newly launched “Put Her on the Map” project aims to bring more attention to famous females by naming more public properties after them, and highlighting the few that already pay tribute to historic American women.

This week, Andrew Robertson, BBDO Worldwide’s president and CEO, and Amy Elaine Wakeland, the First Lady of Los Angeles, debuted the film below at the Makers Conference, an annual AOL-sponsored event celebrating “the trailblazing women of today and tomorrow.”

The girls featured in the short illustrate the problem in the simplest, most compelling way—by trying to think of things named after women.

“We were really inspired by this year’s #BEBOLD theme, and we wanted to announce a bold idea that could leverage the power and influence of the people in the room to help create change. There’s never been a more important time to press the issue of gender equality,” Flanik says, adding that this year’s Makers event felt, in some ways, like an extension of last month’s Women’s March on Washington. Speaker Gloria Steinem, for example, opened her appearance with the following quote: “Women have always been an equal part of the past. We just haven’t been a part of history.”

“We thought it was a story that needed to be told more broadly,” Flanik says. “If girls can’t see it, they can’t be it.”

“Who better to help magnify this point than young girls?” adds BBDO executive creative director Lauren Connolly, who worked on the project. “Once you hear it directly from their mouths, you can understand the immediate reason why we need to honor women around our cities.”

“When successful women are not visible in our world, there is no precedent for female potential,” says Robertson. Makers founder, producer and documentary filmmaker Dyllan McGee adds, “We’re so thrilled to have BBDO join us at the 2017 Makers Conference, making such a bold statement with their initiative to ‘Put Her on the Map.’ By honoring leading females across the U.S., we help to inspire the next generation of trailblazing Makers.”

BBDO has been a sponsor of the Makers event for the past three years, and Flanik became a member of its board of directors last year. The Omnicom agency created and financed the “Put Her on the Map” project internally, choosing to debut the work at Makers in order to reach more influencers across industries.

Flanik notes that Megan Smith, who served as U.S. chief technology officer under President Obama, immediately expressed interest—as did Niantic, Inc., the company behind Pokemon Go. A corporate statement reads, “We will work with the Makers and BBDO teams to help put on a walk that highlights the history, art and culture behind impactful women, using our apps to guide people to unique, real-life locations.”

Several unnamed BBDO clients are in the early stages of conversations regarding potential “Put Her on the Map” collaborations, and Flanik says the Office of Los Angeles Mayor Eric Garcetti is actively working on the project.

“They want to do their part to start bringing greater recognition to those things in L.A. already named after women,” Flanik tells AdFreak, adding that BBDO will continue producing content beyond the film above. “Hopefully it will be a story that continues.”